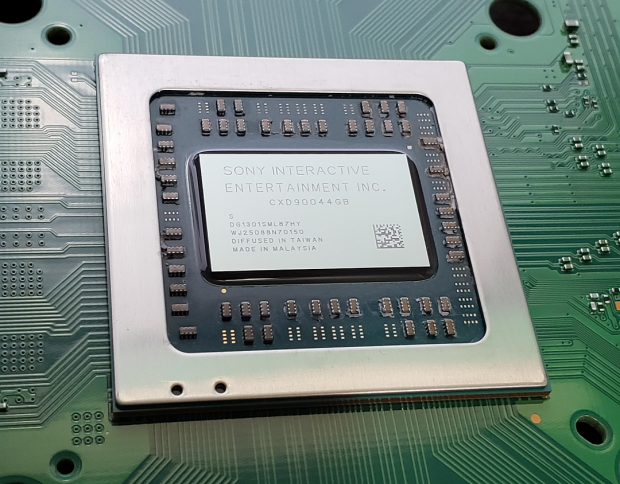 According to massive new leaks verified by Eurogamer, the PS5 will indeed carry forward the full PlayStation 4 generation of games with complete games backward compatibility. This is made possible by two special modes built right into the silicon that downscale the PS5's GPU to current-gen performance targets, complete with lowered clock frequencies, RAM speeds, and Render Output units.

In essence, the PlayStation 5 was built from the ground up with backward compatibility in mind, similar to an iterative console. I've said right from the beginning that the new consoles will blur then line between next-gen and iterative cycles with both hardware and software.

The big question is if current-gen games can run in Gen2 mode or not.

It likely depends on whether or not said game will run in Gen2 mode, which allows for big performance optimizations like Variable Rate Shading, which can tremendously boost frame rates, or amazing new lighting effects with ray tracing. If this happens depends on how much work it is for developers--if it's tough to do, devs may simply move on and release two SKUs of their new games (a PS4 and PS5 version) rather than going back and retroactively enhancing their older titles.

Then again, developers say the PlayStation 5 is the easiest console they've developed games on. This assertion further underlines the architectural similarities between the PlayStation 4 and PlayStation 5, hinting the next-gen leap isn't as pronounced as we once thought.

There's still no word on the rumored BC support for PS1, PS2, and PS3 games, though. Sony did patent the tech that would make it possible for the full PlayStation generation of games to play on the PlayStation 5, but nothing's been confirmed so far.

Sony has already confirmed the PS5 will play PS4 games, but didn't comment about the sweeping scope of the support. Based on this new info, it appears all current-gen games will carry forward to the new system.

Backward compatibility is paramount for the PS5's success. The PS4 currently has an install base in excess of 100 million with many more times that in software, and the console will simply die if it doesn't let users bring their already-owned games over.