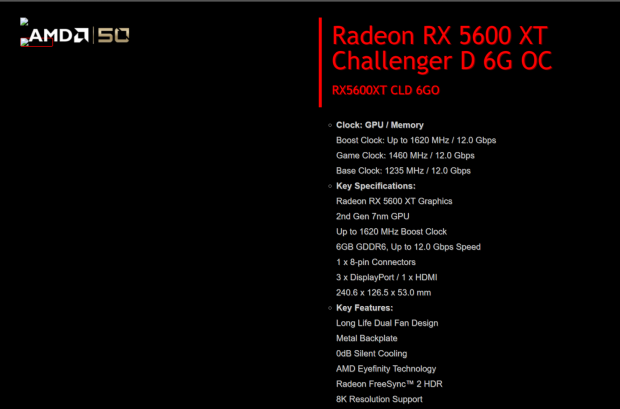 The full specs on AMD's new Radeon RX 5600 XT graphics card is now here, so we know that it will use a decent Navi GPU with 36 compute units and 2304 stream processors -- the same core count as the higher-end Radeon RX 5700. Where the new RX 5600 XT is different, is in its GDDR6 configuration. 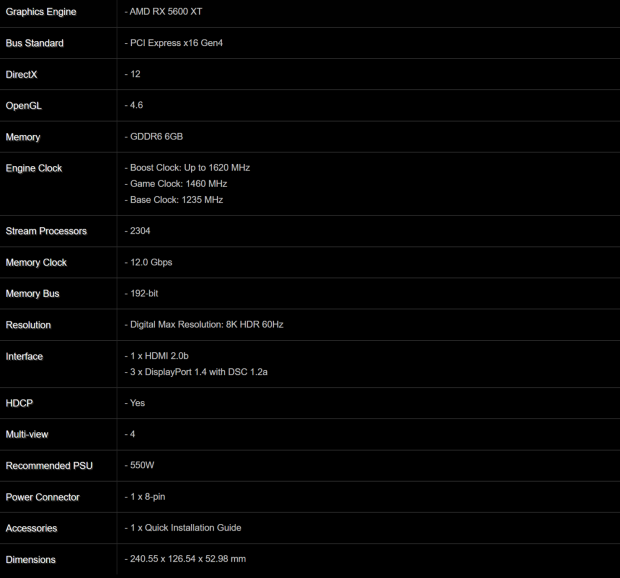 ASRock will offer some factory overclocking on their custom RX 5600 XT Challenger variant, clocking the Navi GPU with a base clock of 1235MHz, game clock of 1460MHz, and boost clock of 1620MHz. We should expect a TDP somewhere in the 150W range, and should require a single 8-pin PCIe power connector.

As for performance, AMD's new Radeon RX 5600 XT should beat out NVIDIA's GeForce GTX 1660 Ti and GTX 1660 SUPER graphics cards according to early benchmarks -- but this is something I'd rather wait until it's in my hands and I can personally run it through my own benchmark suite.

We shouldn't have much longer to wait, and should see AMD unveil the new Radeon RX 5600 XT at CES 2020 which is right around the corner in early January 2020.