Cyberpunk 2077's iconic cast of renegade cyborg mercenaries are getting their own figures, and Johnny Silverhand will be one of them. 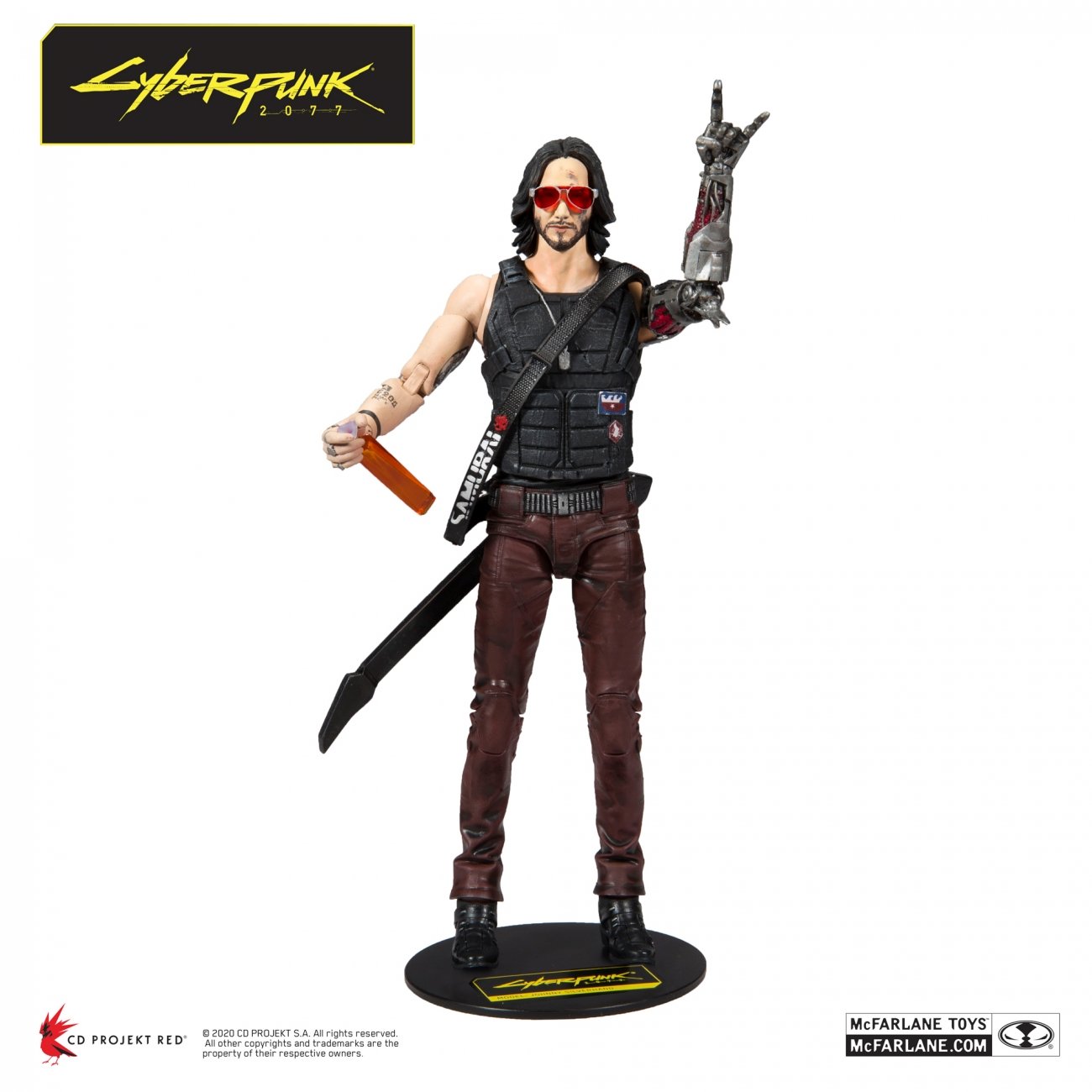 McFarlane Toys, who makes some of the best collectibles in the industry, is making action figures based on Cyberpunk 2077. We'll see both 12-inch and 7-inch figures based around the main characters like Keanu Reeves' Johnny Silverhand, male and female versions of the protagonist V., and possibly even Jackie too. We don't know all who the first wave of figures will include...but Cyberpunk 2077 has a huge colorful cast that spans multiple gangs and factions. 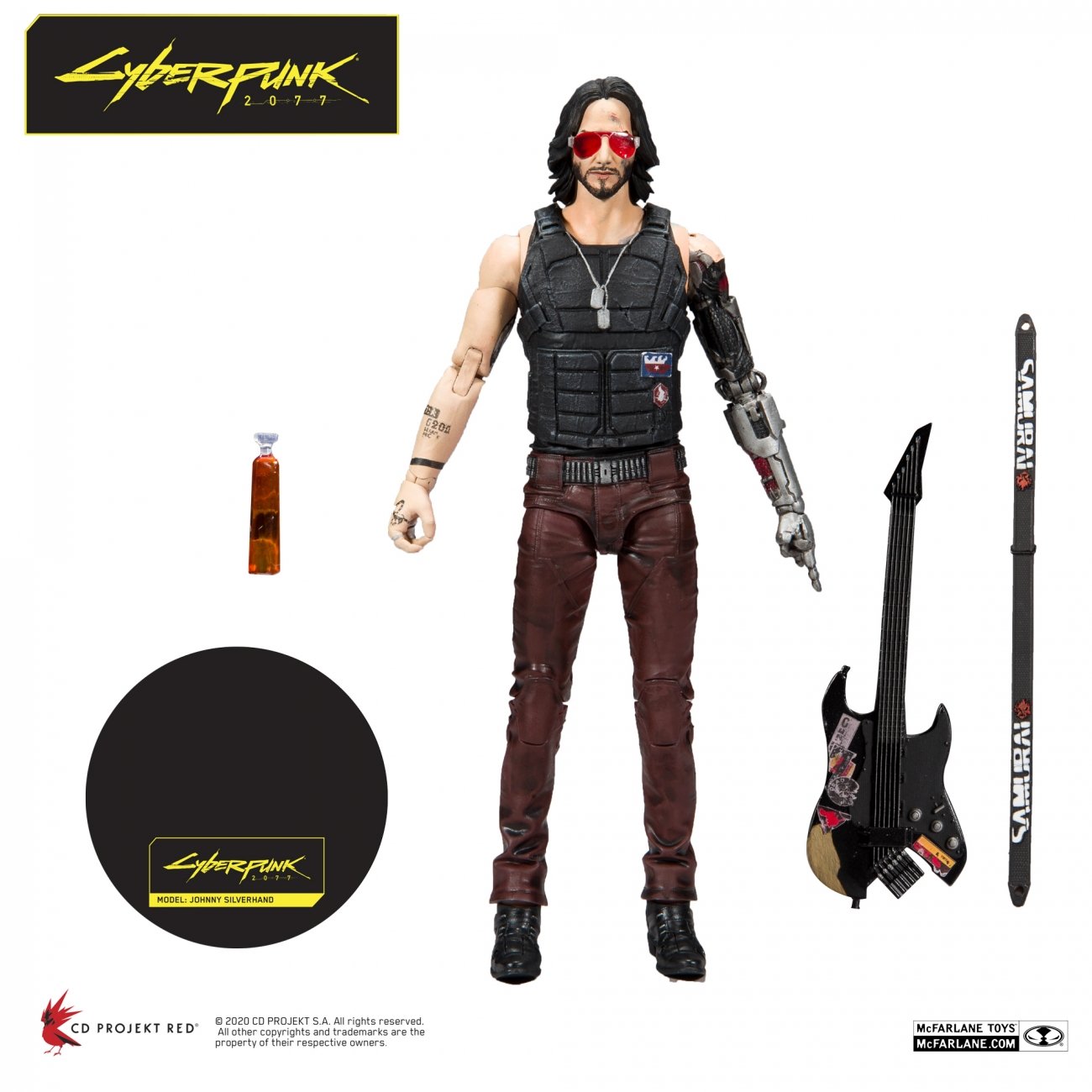 Cyberpunk 2077's action figures will release into stores in March 2020, shortly before the game's release in April. Pricing is pretty steep at $24.99 for the 7-inch figures, and $39.99 for the 12-inch Johnny Silverhand figure. 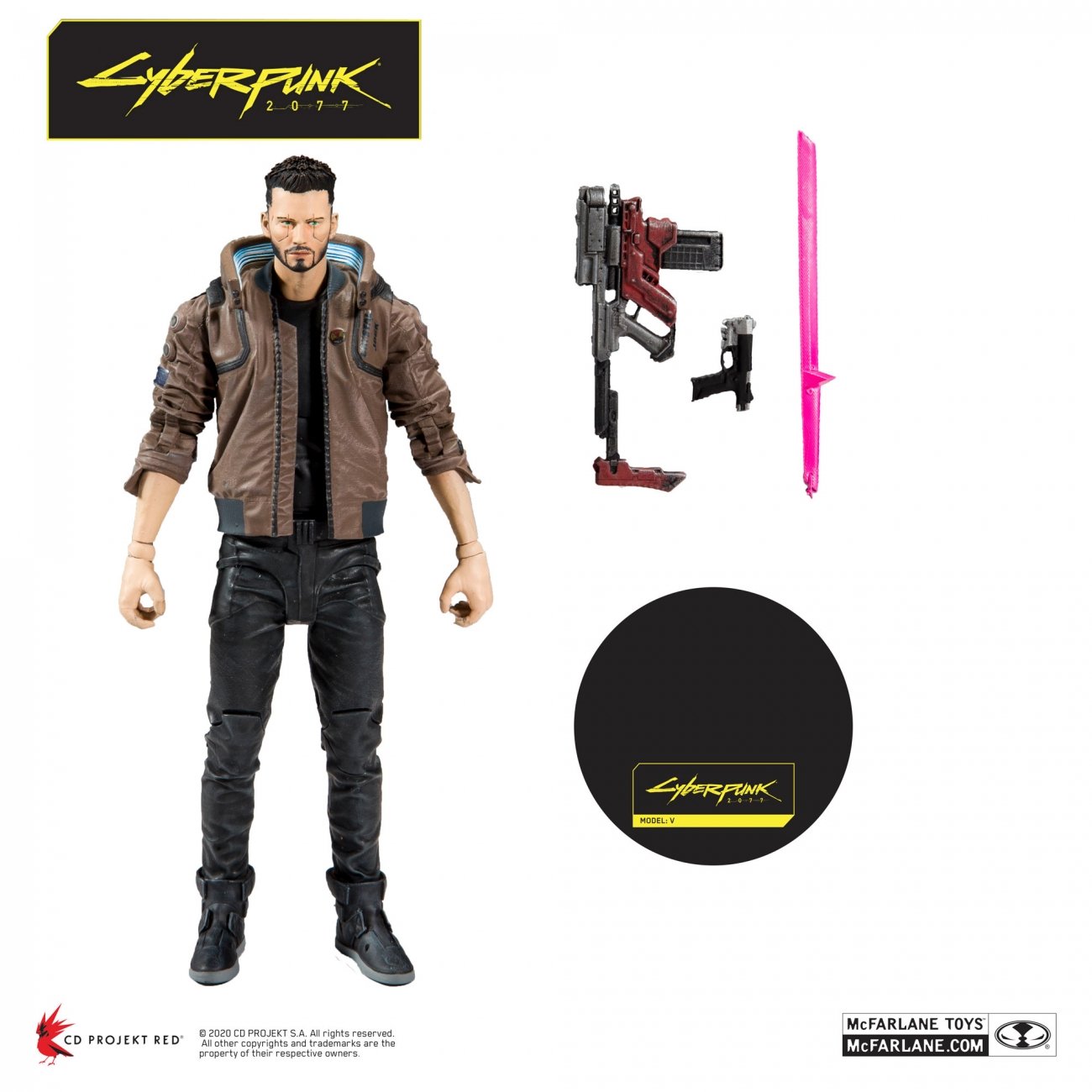 Enter the world of Cyberpunk 2077 - a story-driven, open world RPG of the dark future from CD PROJEKT RED, creators of The Witcher series of games.

This move falls in line with CD Projekt RED's push towards merchandising its franchises. We've seen lots of Witcher gear release on the new CD Projekt RED Store, and there's also a good amount of Cyberpunk 2077 goodies like posters, the limited Samurai jacket given away at E3 2019,

Following the insanely-detailed Spawn figures lineup, McFarlane Toys is the best fit for video game adaptations. We've seen McFarlane roll out tons of Halo toys over the years along with some awesome Mortal Kombat 11 collectibles, and we should expect the Cyberpunk 2077 line to show of the same quality and detail the company is known for.