OnePlus will be teasing a new 'OnePlus Concept One' smartphone at the Consumer Electronics Show (CES) in 2020, but we have no idea what that will be exactly. We should expect a foldable display or maybe even a dual-display smartphone, given the hype surrounding Samsung's own Galaxy Fold and the Huawei Mate X smartphones. 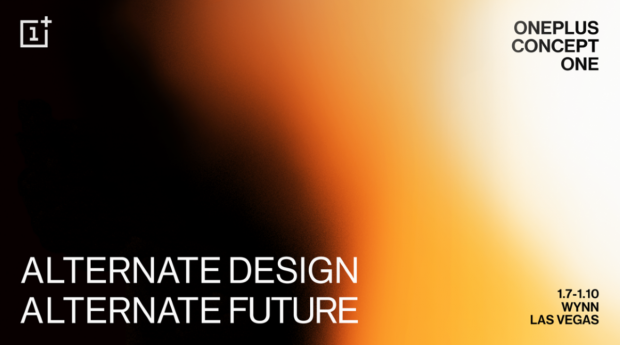 OnePlus pushing its Concept One will see the company branching out from the predictable nature of smartphones, w here we might also see a totally button-less smartphone. OnePlus isn't a stranger to moves like this, as they removed the headphone jack from their smartphones early in on the remove-the-headphone-jack-craze years ago.

We should expect 5G support in the OnePlus Concept One smartphone, so we should also expect it to be powered by the Qualcomm Snapdragon 865 which will also pack the Snapdragon X55 5G modem. I'm hoping for some more surprises, so thankfully we only have a couple of more weeks to wait.