Qualcomm flew out hundreds of tech press, influencers and YouTubers out to its annual Snapdragon Summit in the beautiful Maui, Hawaii -- introducing the world to a bunch of new mobile technology that will debut in 2020 and beyond. This includes new Snapdragon processors for smartphones and tablets, as well as new Snapdragon compute platforms for the future of mobile devices.

The company is also making big strides into the world of desktop gaming, thanks to the new Snapdragon 865 and its beefed-up Adreno 650 GPU that powers new 144Hz mobile displays -- yeah, 144FPS on a smartphone, kinda crazy isn't it? I'll dive more into that later in this article.

Qualcomm unveiled the new Snapdragon 765 and Snapdragon 765G which offer 5G up for future mainstream smartphones, while pushing a laser-focused aim into the gaming world with updateable GPU drivers on the new Adreno GPUs and Snapdragon SoCs. This delivers PC-level quality and features, all in the palm of your hand.

Here are a few photos from my journey to Maui, Hawaii for the Snapdragon Summit -- before we get into the real nitty gritty. I snapped all of these photos on my personal Samsung Galaxy Note 10+ 5G smartphone, and didn't apply any filters or do any post processing on the photos.

The view from my room.

I don't think I've ever seen something like this before, at least not in Australia.

Seriously, the view was astonishingly beautiful every single day and night.

The sunset on this night was gorgeous.

Qualcomm gives out a tiki for every Snapdragon Summit, with this being my third I now have three of these awesome tikis at home.

The Snapdragon 765 also boasts AI abilities, with the new 5th gen Qualcomm AI Engine that packs some AI power for the future. The 5G side of the Snapdragon 765 sees peak download speeds of 3.7Gbps (which is still insane) compared to the outright mind-blowing 7Gbps on the X55.

CPU wise the new Snapdragon 765 packs an 8-core CPU which is split into 3:

We should expect to see smartphones powered by Qualcomm's new Snapdragon 765 and 765G in Q1 2020.

5G goes mainstream with the Snapdragon 765 and 765G, with Qualcomm packing in its Snapdragon X52 5G modem which has up to 3.7Gbps downlink speed, offering some insanely fast connectivity on-the-go. The peak upload speed is also an eye-opener, with up to 1.6Gbps if you're living in the cloud (like most of us are these days).

Qualcomm has support for mmWave, sub-6, TDD, FDD, and Dynamic Spectrum Sharing for -- in their own words "truly global coverage". It's a great thing to see as someone who travels to multiple continents a year with multiple devices, I'm trapped half the time -- but you won't be with the new Snpadragon 765/765G/865 powered smartphones.

Qualcomm sees over 2.8 billion 5G connections by 2025, which is a LOFTY number.

Qualcomm has been king of cameras and ISPs for years now, with the world of multi-cameras in smartphones set to be taken to the next level with the new Snapdragon 765.

There is support for high-end 4K HDR10+ support, with 4x the power savings over the previous generation. Qualcomm has AI on-chip that will handle normal videos and increase the quality up to closer to how 4K looks and feels. The new Snapdragon 765 supports ultra-wide lenses, as well as telephoto and wide -- so expect Snapdragon 765-powered smartphones in 2020 to have great cameras.

The SoC itself supports a single camera right up to 192 megapixels, too.

Qualcomm has speed-binned Snapdragon 765 chips that will be branded as the Snapdragon 765G, this chip has higher-clocked CPUs and GPU with a 20% increase in graphics performance over the normal Snapdragon 765.

The Snapdragon 765G will see its CPU boosting at up to 2.4GHz up from 2.3GHz on the regular non-G chip.

Qualcomm referred to the flagship Snapdragon 865 processor as "the beast" during the entire of the annual Snapdragon Summit, and they're right -- it truly is. Qualcomm has made improvements across the board, with the most power inside of a Snapdragon SoC yet -- but also major performance boosts to gaming, AI power, cameras, and more.

The flagship Snapdragon 865 processor is also an 8-core chip on 7nm, but it boasts improved Kryo CPU cores over the new Snapdragon 765 and 765G chips. This is how they're split up, with a big focus on higher clock speeds (the 765 tops out at 2.3GHz while the gaming-tuned 765G boosts up another 100MHz to 2.4GHz):

Qualcomm put considerable efforts into the GPU on the new Snapdragon 865, with a new Adreno 650 that has quite a number of improvements under the hood. One of those is support for 144GHz on QHD+ resolution displays, 10-bit HDR gaming, GPU updates through the Google Play Store, and more.

First off, the Adreno 650 is 25% faster than the previous-gen Snapdragon 855 -- all while using up to 35% less power. This is a huge deal, and Qualcomm cements it in by having the Snapdragon 865 reducing the clock speeds on other components, in order to keep the GPU at maximum performance, the entire time you're gaming -- a nice touch.

But it's the updateable GPU drivers that bring another sprinkle of desktop class gaming to the Snapdragon 865, while that 144Hz refresh rate option being another gigantic PC-centric refresh rate joining the mobile world.

This means you'll be forced into having 5G on your new Snapdragon 865, and that's not a bad thing as Qualcomm promises better connectivity across the board, not just in 5G. Qualcomm's Snapdragon X55 5G modem-RF system can full down a ridiculous 7.5Gbps, while peak upload speeds will hit 3Gbps.

Qualcomm continues to make strides in camera prowess in the Snapdragon 865, with the new Spectra 480 ISP packing 40% more efficiency and it is many times faster than previous-gen ISPs.

Previous ISPs from Qualcomm were capable of processing one pixel per clock cycle, but the new Spectra 480 ISP can process four pixels per clock cycle. This means that Snapdragon 865-powered smartphones can do things other smartphones can't: record 4K video while snapping gigantic 64-megapixel photos at the same time.

Hell, it even supports camera sensors at up to a gigantic 200 megapixels for the next-next-gen camera smartphones. 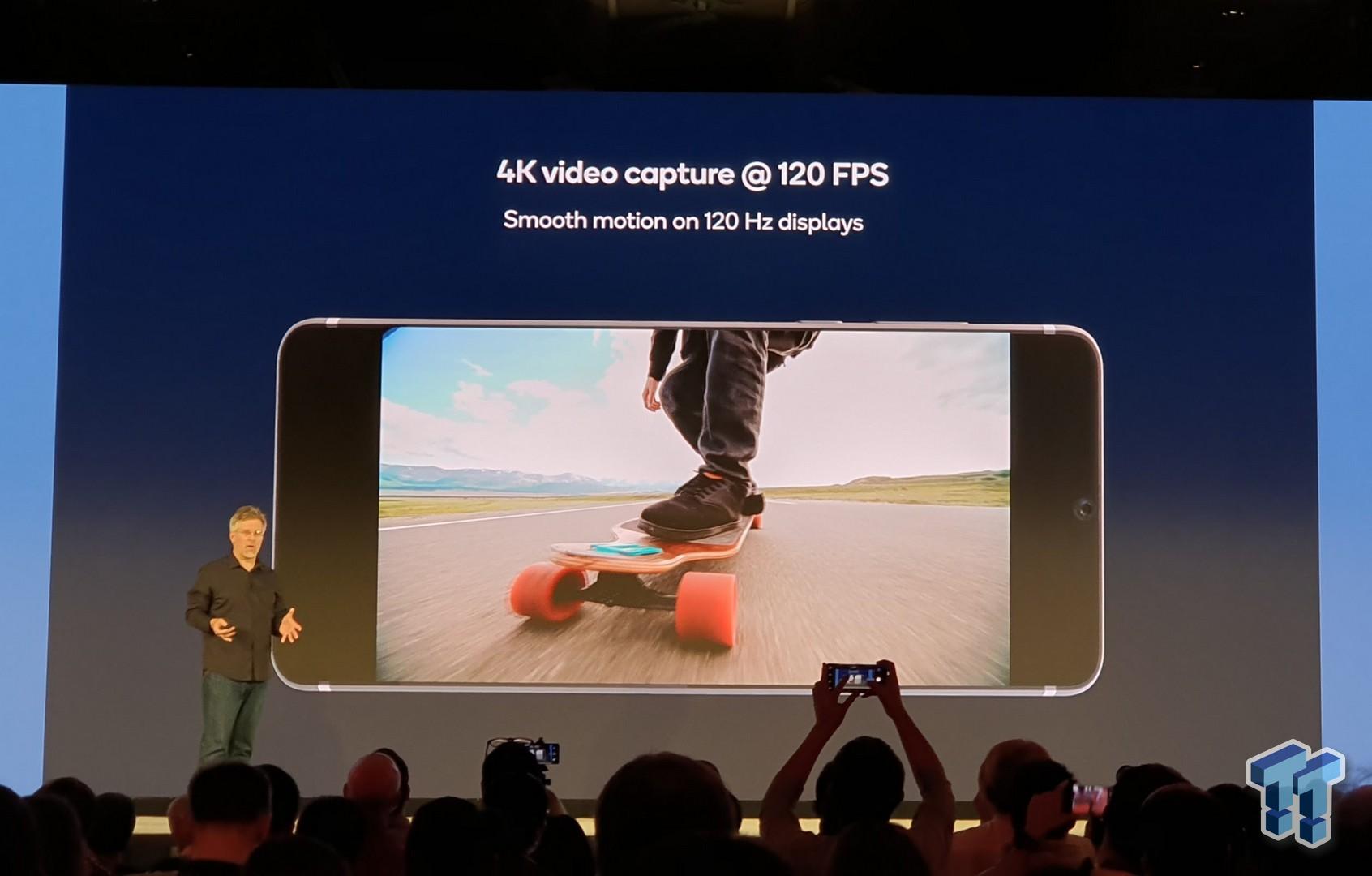 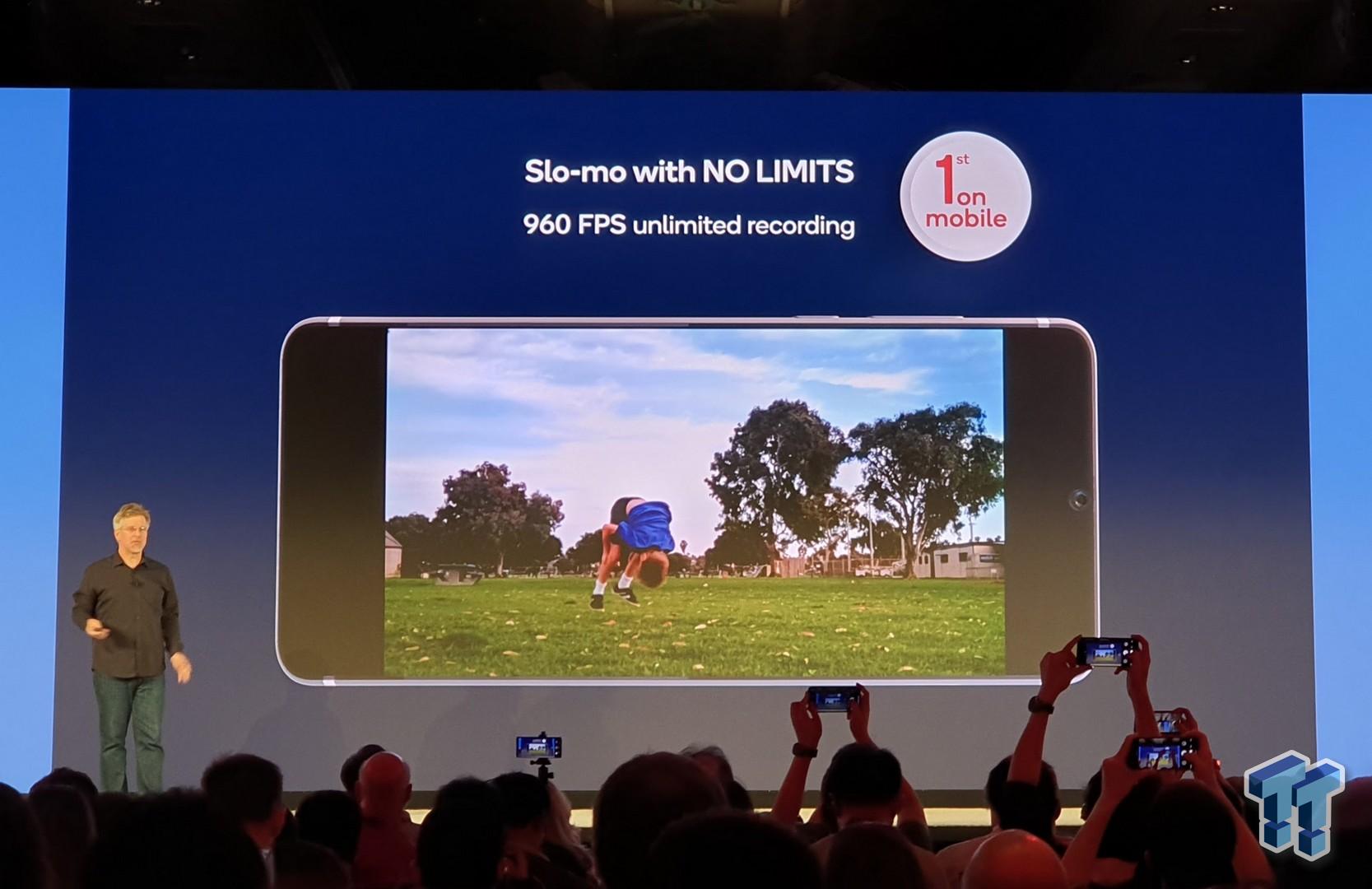 Not only that, but it'll also shoot 8K video at 30FPS, and it'll be the first with 4K video recording but at super-smooth 120FPS. There's also 1080p 960FPS for super-slow-mo recording on Snapdragon 865, too.

Qualcomm's beefed up line of Snapdragon compute platform chips is something I want to cover in a deeper article, the same goes for the 5G side of things as I think there is just too much to digest in a single article.

There are now plenty of Snapdragon-powered ACPCs in the market from the likes of Lenovo, Samsung, Huawei, ASUS -- and recently, Microsoft with the new Surface Pro X. There are more on the way, with Lenovo and Qualcomm teasing a new 5G-powered ACPC coming in Q1 2020.

Qualcomm is truly redefining the mobile computing market, which just meant a 'mobile computer' years ago. Now we have super-fast 4G and soon 5G, multi-day battery life (the most important to me and millions of others), fanless (and thus, quiet) designs, faster performance as time goes on, Windows 10 support, and much more.

Qualcomm has a Snapdragon for everyone here, with the entry-level models to be powered by the Snapdragon 7c compute platform, the mainstream market with Snapdragon 8c, and the premium level with the flagship Snapdragon 8cx.

Qualcomm came out swinging with the entire of the Snapdragon Summit dripped in 5G, even more so as the year's flick by. This year, Qualcomm has had an outstanding year in 5G development, with Snapdragon being THE platform for 5G.

The company is powering the entire 5G industry with over 230 devices launched, or in development using the Snapdragon 5G ecosystem.

Qualcomm expects to see over 1.4 billion 5G-powered smartphones shipped in 2022.

Motorola was on-stage at the annual Qualcomm Snapdragon Summit, throwing its hat into the 5G ring saying that Motorola expertise "will advance the next wave of 5G".

But Qualcomm took it to the next level at its annual Snapdragon Summit unveiling its new Snapdragon 865 which can handle up to a blistering 144Hz on future gaming smartphones.

Qualcomm isn't a stranger to 120Hz refresh rate displays in gaming smartphones as it is, with QQ Speed running at 120FPS right now -- which is something I had to try at the Snapdragon Summit with some hands-on pictures below.

I tried it out on a Snapdragon 865 prototype handset, and confirmed it was indeed at 120Hz and NOT at 144Hz -- it was silky smooth both on the smartphone itself, and the TV. Desktop-class gaming is getting awfully close, surpassing current-gen consoles in an instant.

One of the most important parts of Qualcomm's unraveling of the Snapdragon 865 and its continued focus on superior mobile gaming performance is that the Snapdragon 865 has more consistent CPU/GPU clock speeds. This means you won't be in the middle of a game when your CPU or GPU frequency goes up and down, resulting in lower minimum and average frame rates.

Qualcomm Snapdragon Elite Gaming is all about providing the very best of the best, with 144Hz display support, true 10-bit HDR support, updateable GPU drivers, and so much more.

There are more and more gaming smartphones launching, and I suspect 2020 will see the rise of even faster and more ridiculous (seriously, 144Hz refresh in a phone is insane) handsets coming soon and I can't wait.

Qualcomm unveiled almost too much during its Snapdragon Summit, something that goes for three days -- it's not enough to fully unravel everything in detail, but it's short enough that you're not there for a week. Still, I thoroughly nerd out each and every time -- and this time, so much so that I'm going to need to write another article on the topic.

I want to talk about the rise of Snapdragon on Windows and the ACPC market, with Qualcomm to continue to put pressure on Intel which seems to be really lagging behind without any sign of 5G laptops or true all-day battery. AMD isn't even in the laptop game with its new Zen 2-based 7nm CPUs, leaving Qualcomm to utterly dominate the all-day battery life market -- and on top of that, with 5G.

Qualcomm also put a gigantic focus on the XR market (augmented, mixed, and virtual reality) with a new Snapdragon XT platform for high-quality XR experiences and the new premium Snapdragon XR2 5G platform for even higher-end experiences but powered by next-level 5G connectivity.

On top of that was the ever-growing presence and soon dominating 5G, something I also want to cover in a follow-up piece. Qualcomm's Snapdragon X55 5G modem offers up to 7.5Gbps down which is just mind boggling, and somethign that deserves to be covered on its own.

I walked away from the annual Qualcomm Snapdragon Summit totally energized for 2020 and beyond, with the spearhead for me being the new gaming-infused Snapdragon 865 which I need to test out fully -- and the fact that there are 144Hz gaming smartphones coming to market in 2020.