The Game Awards were only just a few days ago, and out of the plethora of awards and announcements that were seen at the show - here's one you might have missed.

It wasn't too long ago that the developer behind massively popular VR game Beat Saber was picked up by Facebook's Oculus Studio. Now that Beat Saber is working as an independent studio under Oculus, they said they were planning on expanding the content that Beat Saber offers players.

During this year's Game Awards, it was announced that as apart of the expansion Green Day and a selection of their songs would be coming to Beat Saber. The following songs will be available in pack form for just $9: American Idiot, Boulevard of Broken Dreams, Father of All..., Fire, Ready, Aim, Holiday, and Minority. The announcement also mentioned that 360-degree and 90-degree levels to Oculus Quest and Rift. 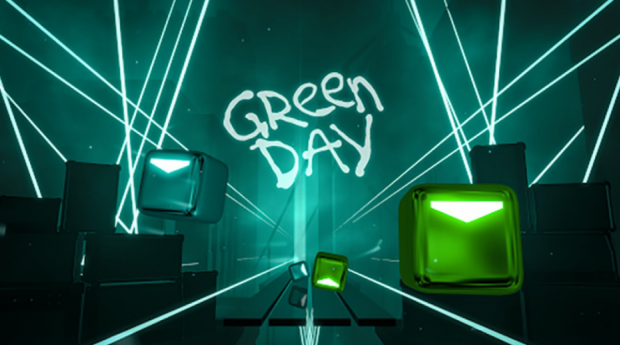