Qantas has taken to their newsroom section on their website to announce that they have broken the record for the longest non-stop commercial flight. 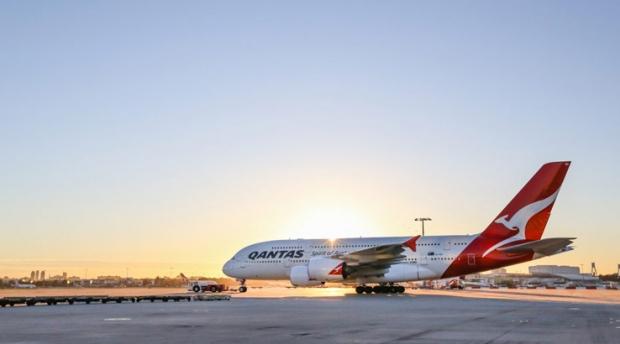 The press release says that the flight airline took off from New York and was heading to Sydney over the course 19 hours and 16 minutes. The flight successfully touched down in Sydney and according to Qantas it was a test to monitor pilots brain waves and melatonin levels. Medical researchers and scientists that partnered with Qantas for the experiment said that cabin lighting and in-flight meals were also adjusted in ways to help reduce jetlag on passengers.

According to Qantas Group CEO Alan Joyce, "This is a really significant first for aviation. Hopefully, it's a preview of a regular service that will speed up how people travel from one side of the globe to the other. We know ultra long haul flights pose some extra challenges but that's been true every time technology has allowed us to fly further. The research we're doing should give us better strategies for improving comfort and wellbeing along the way."

It should be noted that this non-stop flight only carried 49 people, while a typical Boeing 787-9 holds 280. This would mean that passengers who would want to get a non-stop flight (if it were an option) would most likely have to pay a premium to account for the lack of passengers the flight would normally get. This is obviously because of the fact that if the flight has less people, it has less weight on aboard, which saves overall fuel consumption over the course of the trip.