Overwatch retail copies on Switch don't actually include a cartridge, and ship in an empty box. 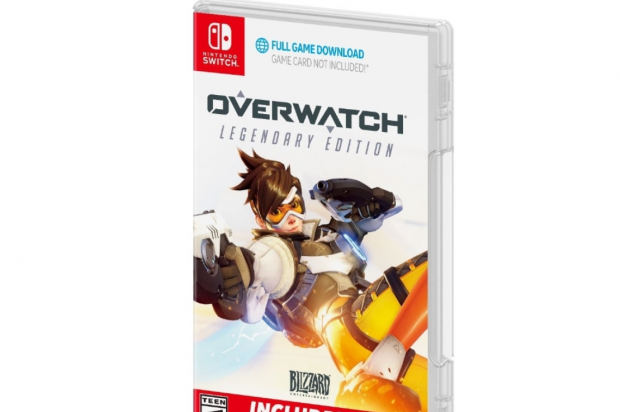 Overwatch is coming to Switch, but it's basically a digital-only game even if you buy it in stores. Retailers and Nintendo themselves say versions sold on store shelves will be empty and instead include a code to download the game from Nintendo's eShop.

Luckily the game won't be ridiculously huge: Overwatch clocks in at roughly 12GB on Switch. It's not too bad unless you don't have an SD card for extra storage...then Overwatch will take a chunk out of the Switch's 25.9GB of available memory.

This isn't the first game to ship without a cartridge, and won't be the last.

Recently Bethesda shipped Wolfenstein: Youngblood without a cart. Devs and publishers typically opt for digital-only due to the higher cost of Switch GameCard cartridge manufacturing, especially the higher 32GB capacities. But this is Activision-Blizzard, the same company that made over $7 billion last year.

It's also common for devs to ship half the game on a GameCard and require users to download the other half. That won't happen here: You'll have to download the entire game directly from the eShop.

Overwatch releases on Nintendo Switch on October 15, 2019, and is locked to just 30FPS even when docked.

Check below for pre-order incentives of the Overwatch Legendary Edition.