Watch Dogs Legion releases on March 6, 2020 for PS4, Xbox One and PC via the Epic Games Store.

All of this paints an impressive picture, but we still haven't tried the game out yet. So we can't say for sure how good it is...but damn does it sound good. 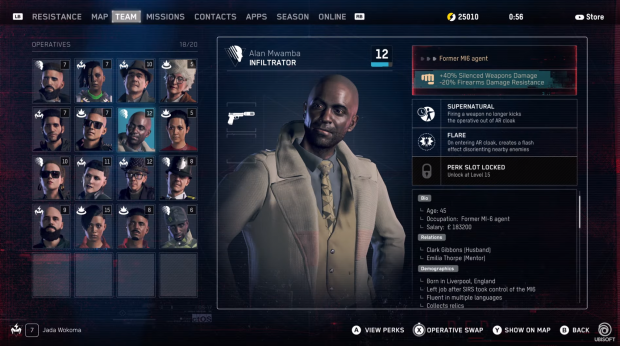 The world also changes based on your actions. Killing too many guards will make it harder to recruit someone who moonlights as a security officer. Hack too many computers or networks and you'll have a hard time winning over an IT specialist. And as DedSec becomes more popular, others will revile them on general anti-hacking principles. This keeps the game fresh and unique, making it more challenging to recruit people to your team based on internal and external politics.

The AI itself is incredible, delivering next-gen capabilities that push the bar of dynamic gameplay--the world is a bustling metropolis filled with people who do everyday things like shop, play sports, and even commit crimes. Your recruits still live their lives and get into trouble when you're not playing as them.

You only have a limited number of recruits you can have at any given period, so you can't recruit the entire city at once. The idea is to cycle between them as your team either dies or gets arrested. 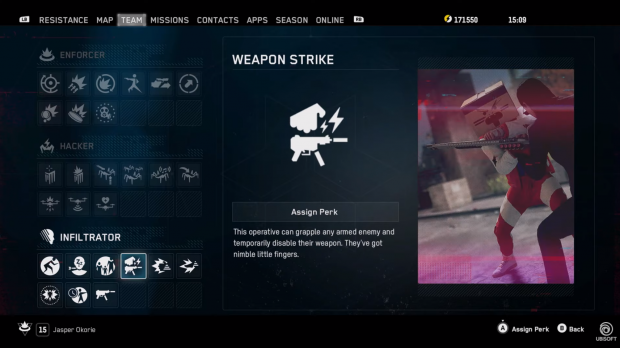 Perks can be pretty hilarious too. Some bare-knuckle fighters take less damage when they're absolutely drunk out of their minds, and some older NPCs will actually die randomly. Others include granny spies, doctors that gain extra HP recovery, and so on. Often a person's profession or hobby ties in with their passive bonuses.

At it's core, Legion is an insanely replayable RPG built around singleplayer engagement. Every single NPC is different--they have different perks, stats, proficiencies, classes, and temperments--to allow for dream-teams. They can all level up and earn new perks, gear, and abilities for combat and mission-tackling.

At Gamescom 2019, Ubisoft confirmed Watch Dogs Legion will have millions of playable characters that you can choose. "Luckily, our city is filled with millions of people and any single one of them can be your next recruit."

I am Legion, for we are are many.

Watch Dogs Legion could change gaming forever. You can literally play as every character you see, whether it be an old lady who's secretly a spy, or even a high-level enemy boss. The game's dystopian London is a playground where you can cherry-pick the city's best, brightest, and weirdest and fold them directly into your party. Thanks to Watch Dogs Legion, NPCs have changed from Non-Playable Characters to Now-Playable Characters. But just how many Now-Playable Characters will Legion offer? London is home to millions of people and they can all join your crew.