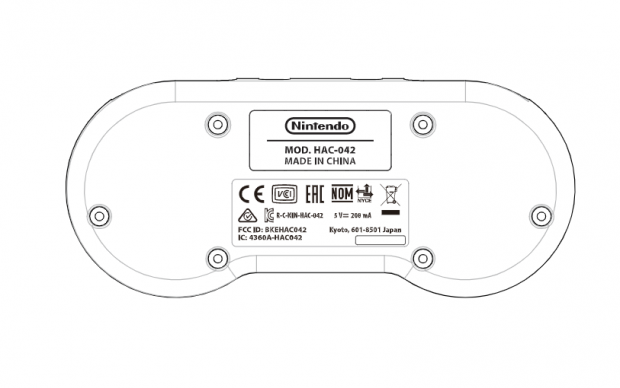 Thanks to new FCC filings, Nintendo's plans to bring SNES retro gaming to the Nintendo Switch have been outed. The filings clearly show a wireless SNES controller that likely slides onto the handheld-console hybrid's rail system. Right now only NES games are playable on the Switch, offered for free as part of the $20 Switch Online service. Nintendo previously released special NES controllers for the Switch specifically designed to play these original classics.

Now Nintendo is doing the same thing for the SNES generation. The idea is to use the Switch Online as the paygate for these classic games rather than selling them individually--recurring revenues vs one-off sales--and we should expect to pay extra for SNES games. Nintendo also sells extremely limited controller hardware to compliment the software re-monetization. I'm thinking Nintendo will offer a Switch Online+ subscription for, say, $5-10 more a year that includes SNES games.

This isn't a surprise. As far back as 2018, Nintendo has strongly hinted SNES games will come to the Switch. Then hackers found reference to SNES games in the Switch's firmware updates.

So when can we expect SNES games on the Switch? 2020 at the earliest. The FCC's external photos of the SNES controller won't even be public until February 2020, so expect a rollout sometime that year.