Samsung has launched its new Galaxy Note 10 and Note 10+ smartphones, but there were also a few surprises along the way, something that includes the Galaxy Book S -- the world's first with the Qualcomm Snapdragon 8cx. 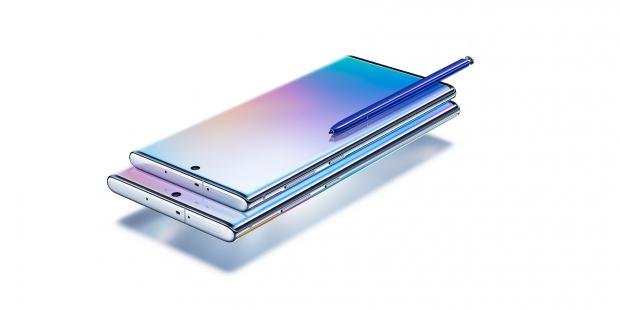 Samsung's larger Galaxy Note 10+ doesn't just have a larger and higher-res display, but it features the Snapdragon X55 modem from Qualcomm for 5G connectivity, a quad-camera rig, and a huge 4500mAh battery. The smaller Note 10 has a much smaller 3500mAh battery, so the Note 10+ is definitely a huge upgrade in many areas.

Both of new Note 10 handsets have in-screen fingerprint sensors, IP68 ceritifcation, Wi-Fi 6 support, and USB-C connectivity. There's no 3.5mm headphone jack here sorry (damn you Samsung, damn you!) but then the Bixby button is gone, so there's that.

Samsung always keeps its eye on camera technology inside of its smartphones with the Note 10 having a triple-camera rig while the Note 10+ has a quad-camera setup. The Note 10+ also rocks a ToF (Time of Flight) 'DepthVision' camera, as well as its 16-megapixel ultra-wide, 12-megapixel wide-angle, and 12-megapixel telephoto lenses.

Samsung continues with its DeX support on the new Note 10 and Note 10+ handsets, but has worked closer with Microsoft this time pre-installing its Your Phone app onto the new phones.