Samsung will be removing the 3.5mm headphone jack from its upcoming Galaxy Note 10, the first flagship handset that Samsung is making the move with -- but it won't be completely screwing new Note 10 customers, though. 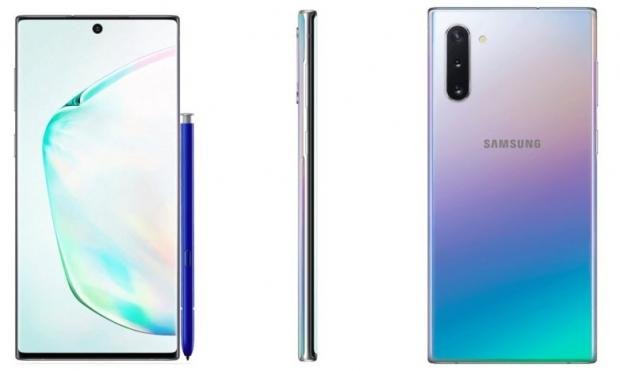 According to new reports we should expect Samsung to launch the new Galaxy Note 10 with a set of wireless Galaxy Buds earphones, a move the company did with the Galaxy S10 earlier this year. Samsung will be launching different accessories for the Note 10 includign the Galaxy Buds, Galaxy Watch, and a new wireless charger.

We can expect some of those to be bundled with the Galaxy Note 10 depending on the region, and in some regions the choice between two or three of them. Speaking of the new Galxay Buds, the above image is from the new Buds that have been listed on Samsung's own website that have the same gradient coloring that the purported Note 10 has.