Samsung is not far away from its huge reveal of the Galaxy Note 10 smartphone, with what appears to be our first real look at the upcoming phone thanks to a leak from TechTalkTV on YouTube.

The new images show that we are to expect multiple SKUs in the Galaxy Note 10 family with the video showing us the higher-end Galaxy Note 10+ and the first thing you'll notice is the camera hole has been moved from the right-hand corner, to the center of the display.

The previous rumors of Time of Flight and anti-flash features on the rear-camera are confirmed if this leaked image of the Note 10+ is real, but there aren't any clear shots of the bottom so we don't know if Samsung has kept, or removed the 3.5mm headphone jack. I'm hoping that for a beast of a phone the new Galaxy Note 10 and Note 10+ keep their 3.5mm headphone jack, I'd be pretty disappointed if we lost it. 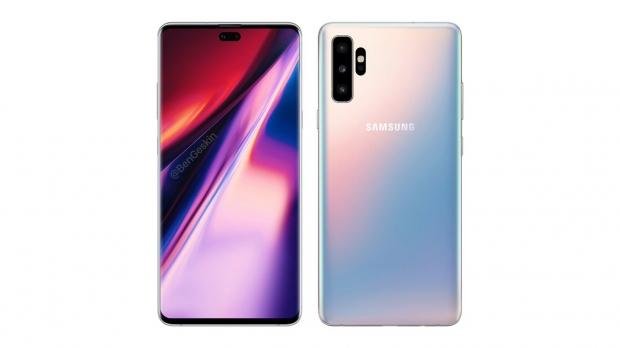