The new Avengers game is a huge undertaking for Crystal Dynamics, representing a massive series of Herculean trials that'll last for years to come. 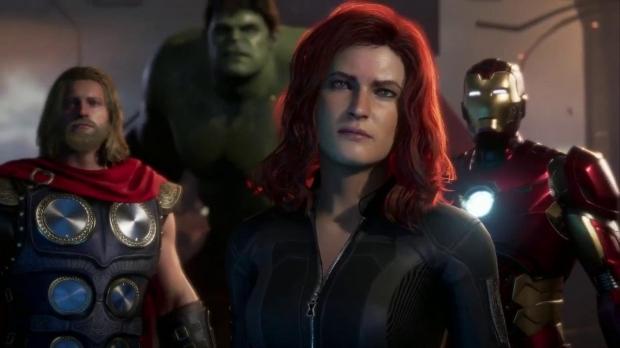 Service games are very difficult to make, but the real headache comes after launch, when developers have flexibly adapt to gamers' whims. This means tons of adjusting, balancing, and new content rollouts at any given time. The new Avengers game is a live service project with emphasis on cinematic-driven singleplayer merged with an always-evolving co-op multiplayer scope. It's a hybrid of gaming's two most lucrative and powerful experiences, which means Crystal Dynamics has to work twice as hard.

In a recent interview with Games Industry.biz, Crystal Dynamics' studio lead Scott Amos says Marvel's Avengers is the biggest game they've ever made, and talks about the massive amount of manpower that's going into the project.

"From our side, it's the biggest thing that we've ever done," Amos said.

And rightly so: service games shouldn't ever be taken lightly. They're leviathans that just keep on growing, hydras that continually grow heads at every turn. They can be monsters of revenues and earnings, or dragons that burn whole studios to the ground. But how the Avengers turns out depends on its development teams.

Square Enix isn't taking this project lightly. It's the first game in its huge multi-year deal with Marvel. The Avengers game currently has five separate studios working on it, including Deus Ex developer Eidos Montreal (who announced a live service focus back in 2017).

"We now have five studios working together to pull this off. Crystal Dynamics at Redwood Shores, we opened a new studio in Bellevue called Crystal North West. We have our partners in the Netherlands, Nixxes, which has a big team of people who we've worked with for 20 years. Eidos Montreal was our sister studio for all of Tomb Raider, so they're working on this. And even Square Enix Japan has folks from the tech group working with us."

Marvel is closely involved with the project, too.

But Marvel might get in the way with its tedious emphasis on details--the same way Lucasfilm got in the way of Star Wars games. Lucasfilm's need to approve and greenlight every little detail led to many game delays and outright cancellations.

Amos says that every aspect of the Avengers game has to tell a story, even menial things like how big Captain America's star is on his shield. There's a strong emphasis of authenticity that could ultimately hold back development of the game and lead to needlessly delays.

"We work with Bill Rosemann, their VP of creative, and ask whether Tony would say this or not, would Hulk do this particular move or not, does this gear make sense?"

"Everything that we do, any of the characters, the gear, anything we put in there, has to have a story behind it. That's something that Bill taught us from the very beginning: put anything in the game, but focus on the story," Amos said.

"Why do you need Widow to look like that? Why do we need Cap's star on his shield to be a little bigger than it used to be? That actually has a story behind it that ties to the lore of the overall Avengers."

Whether or not it actually meets this timeframe remains to be seen, and based on the sheer scope of the project, the difficulties involved with wrangling such a huge IP, and the flighty nature of service games, it could be delayed into Holiday 2020 to coincide with the release of next-gen consoles like Project Scarlett.