Hideo Kojima is at it once again with his Death Stranding teasers, as the director has said that "tomorrow is in your hands".

Following up on the Death Stranding teaser from a few days ago that revolved around the 'create the rope' concept, we have yet another bizzare teaser from Kojima. The new teaser has been released onto the official PlayStation Twitch Channel and features a weird loop video that allows viewers to peer through hand cut outs at brief moments of gameplay or cinematics. It is very unclear what these hands signify, and to throw even more confusion into the mix we can hear a womens voice saying things such as "we need to come together".

Hideo Kojima has posted his own version of the teaser onto his Twitter page, but his cut of the video features the words "Tomorrow Is In Your Hands". Perhaps the references to the rope linking players to Kojima's story, and the references to hands and the words "we need to come together" are all one archetypal motif. The companionship between players and the main character of the story, Sam Bridges. If that synopsis is relatively true, tomorrows big reveal could be something along the lines of a story trailer. As players would metaphorically 'come together' to 'create the rope' between themselves and Sam Bridges. 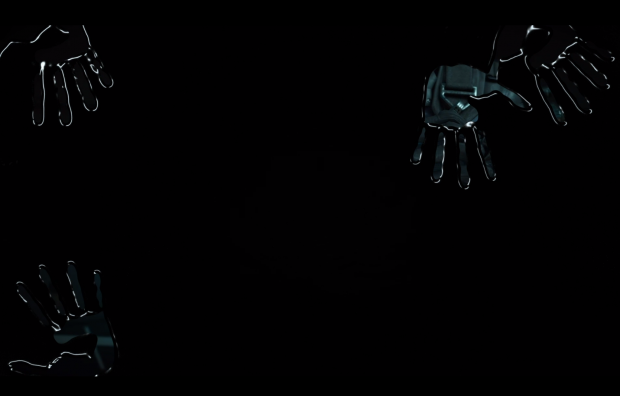