Computex 2019 - AMD has just officially unveild its next-gen Navi GPU architecture here at Computex 2019, with some detials on the upcoming Radeon RX 5000 series. 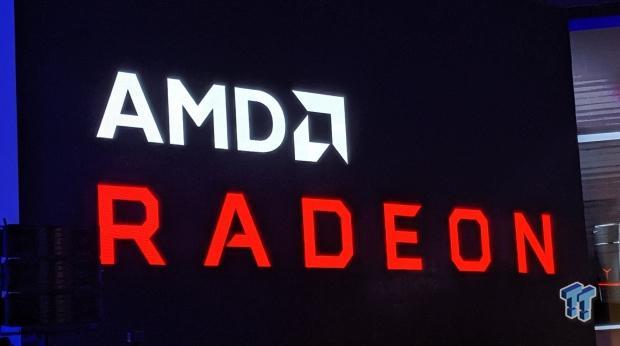 Yes, it's not the Radeon RX 3000 series like we previously thought -- with AMD using its 50th anniversary as a jumping point to launch the new Radeon RX 5000 series. AMD unveiled the new Radeon RX 5700 versus NVIDIA's current GeForce RTX 2070 with Strange Brigade running and it outperforming the Turing-based RTX 2070 in early form.

AMD committed to a July release window for Radeon RX 5000 series cards but didn't detail any other cards, so we can expect that the previously rumored 7/7 release to take place. We will hear everything about Navi and the new Radeon RX 5000 series at AMD's upcoming Next Horizon Gaming event next month. 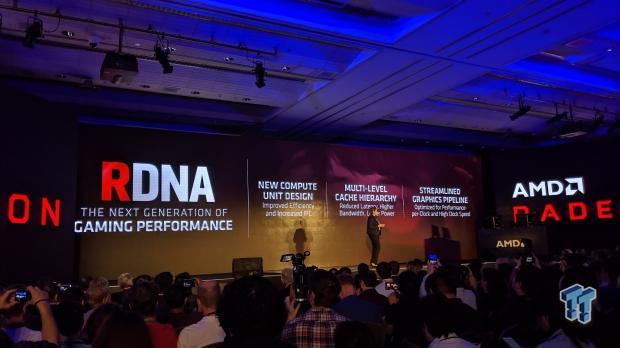 The new Navi GPU architecture passes the torch from the previous GCN (Graphics Core Next) architecture with the new RDNA architecture (you should be able to see what the R stands for... for those just waking up, it stands for Radeon).

Navi arrives on the 7nm node, with AMD being the first to market with yet another 7nm gaming GPU after Vega 20 was baked into the Radeon VII earlier this year and the 7nm GPUs inside of the Radeon Instinct MI50 and MI60 accelerators late last year.

AMD CEO Dr. Lisa Su explained that the RDNA architecture has 1.25x performance per clock and 1.5 performance per watt compared to previous-gen GPU architectures. We don't know anything apart from that, but more details will be coming in the weeks leading up to the Next Horizon Gaming event.