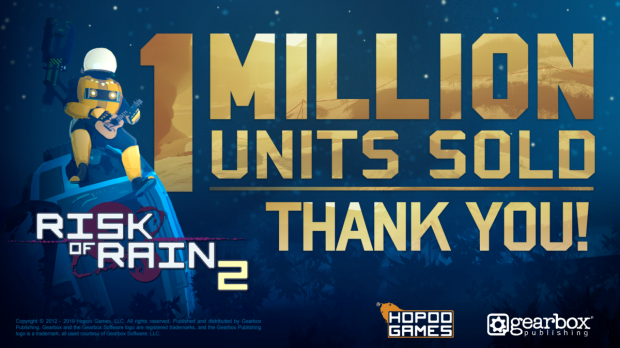 With its 4-player chaos, insane bosses, roguelike replayability, and intense strategic co-op action, Risk of Rain 2 is one of the most entertaining games of 2019. Apparently I'm not the only one who thinks so: the game has amassed over 1 million copies sold on Steam while in early access. Hopoo has a bona-fide hit on their hands and the game has earned roughly $20 million in total revenues without even being released yet.

This milestone is tremendous. In just a month's time, Risk of Rain 2 sold as much as the original 2D roguelike Risk of Rain did in 5 years. The last we checked, Risk of Rain 2 sold over 600,000 copies in a single week. Three more weeks brought over 400,000 more sales. Hopoo could keep smashing barriers once it starts rolling out new characters, bosses, items, and maps throughout 2019. 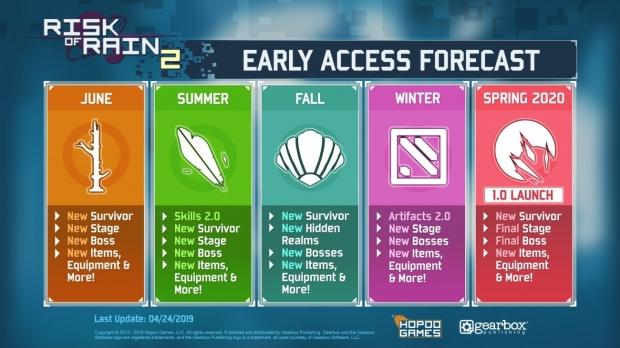 "First off, we are beyond excited to announce that Risk of Rain 2 has surpassed one million sales on Steam alone in the month following our Early Access launch!" said Paul Morse and Duncan Drummond of Hopoo Games.

"To give you guys a little bit of context, it took us almost five years to hit that same number on Steam for Risk of Rain 1. We are so excited to see how many of you are jumping into RoR 2 and bringing your friends with you, thank you all so much."

The game should get even bigger when it drops on multiple platforms in 2020.

Risk of Rain 2 is now available on Steam early access for $20. Check below for more information: