Konami is a curious company. Over the past few years the games-maker suffered a PR nightmare that's damaged its reputation in the West. But in its home country of Japan, Konami is still doing quite well for itself and just reported moderate earnings growth.

Konami's new nine-months earnings report shows Konami is far from out of the game. But despite its potential issues, Konami is still earning good money due to its vast multi-faceted business structure. In the nine-month period from April to December 2018, Konami earned 192.6 billion yen (about $1.75 billion in current JPY to USD conversions) in total net revenues across Digital Entertainment, Amusement, Gaming & Systems, and Sports segments. This represents a nice 7.8% year-over-year increase. 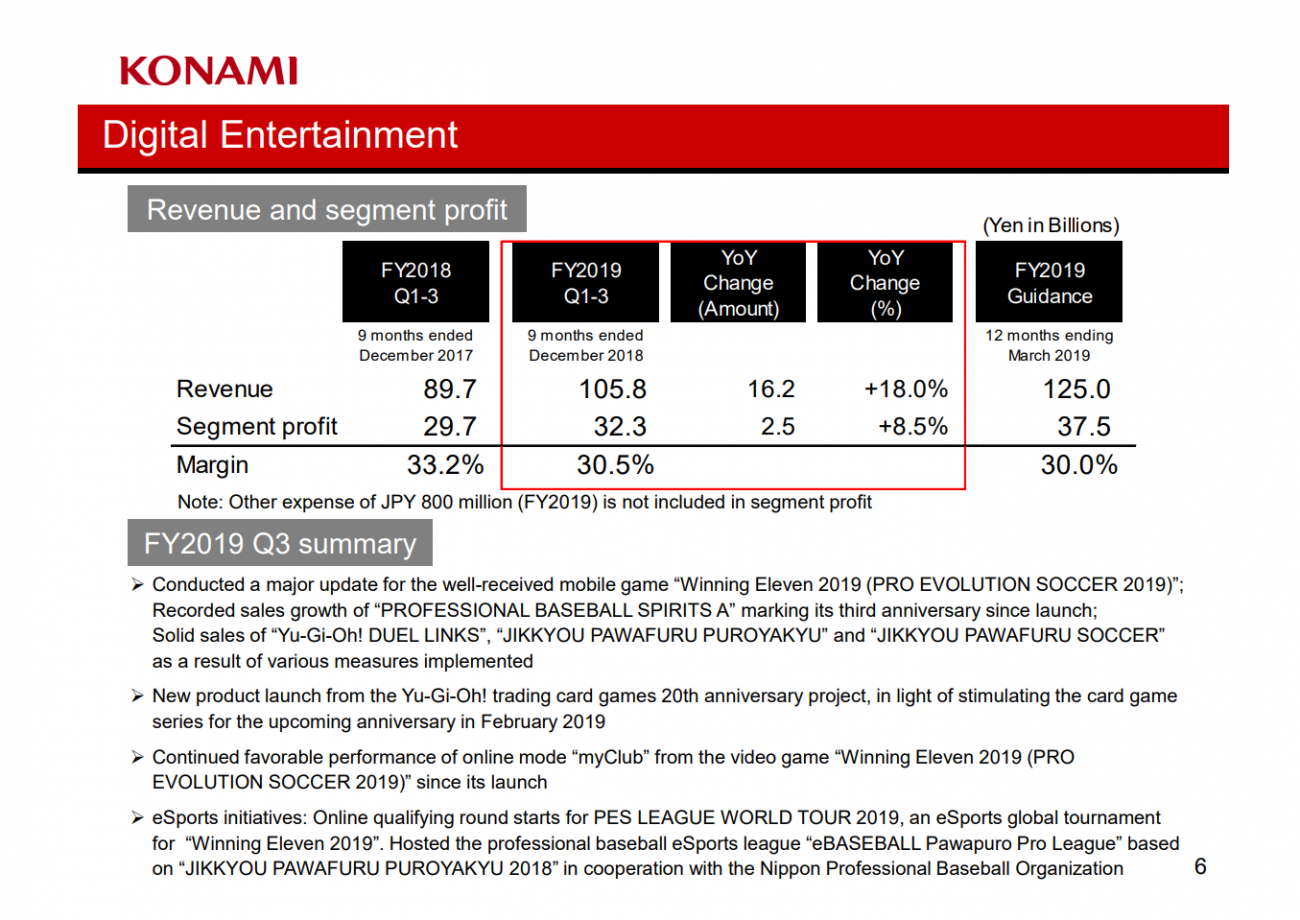 Konami's traditional dedicated gaming segment makes up the lion's share of its total revenues with about 55% of earnings.

This figures show that Konami is still going strong and shows no signs of faltering, especially in its native land. We probably won't see many big-budget games from the publisher any time soon outside of its annualized sports titles simply because it can keep riding the earnings wave of mobile, pachinko, and even resorts for the foreseeable future.