Respawn Entertainment made the surprise announcement and release of Apex Legends that shocked the gaming world this week, securing a bunch of influencers and game streamers like Dr Disrespect to hype the battle royale game. 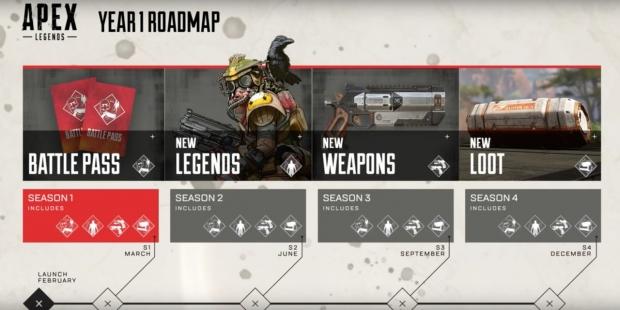 Apex Legends is like an infusion of Overwatch, PUBG, and Fortnite with it set in the world of Titanfall and looking very much like Titanfall, without the Titans. Respawn has now detailed the Battle Pass that will launch in March, with the Battle Pass rocking some limited-time cosmetic items while each Apex Battle Pass will include 100 different awards, you can unlock them by playing through the game.

There will be multiple items you can grind away and get while playing Apex Legends but if you want everything you'll need to buy the Battle Pass, with everything you unlock in the game is yours to keep throughout future seasons. Each of the Battle Passes will feature exclusive, season-specific cosmetic items and random Apex Packs which will feature their own weapons and Legends skins, some of which are rare.