Razer has inadvertently confirmed Gears of War 5 will support mouse and keyboard on Xbox One...but this is to be expected. 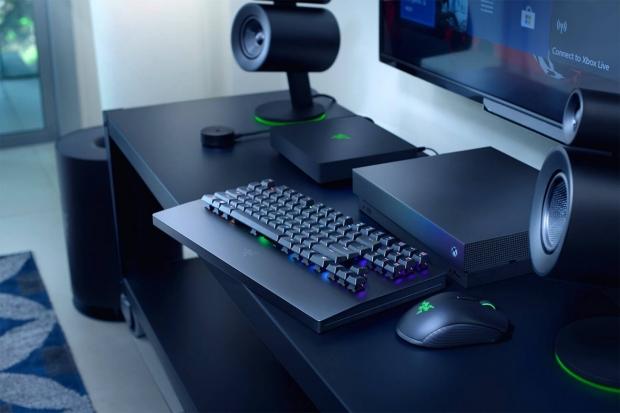 Razer is one of the growing peripheral-makers that are bringing their mice and keyboards to the Xbox One, and a new updated list of supported games shows some titles that aren't even out yet. Gears of War 5 is listed (with Chroma support no less), but this isn't a surprise, and in fact we should see all of Microsoft's major first-party games get KB&M support.

With KB&M support, Microsoft continues blurring the lines between consoles and PC, which was the plan all along. This is an important piece of the cross-platform ecosystem Microsoft has created, and since every new first-party Microsoft game is coming to PC as well, we should see these games also get KB&M support on Xbox.

Gamers will effectively be able to switch between the platforms at will with Play Anywhere and the Xbox Game Pass service--but more importantly they'll be able to trade out their peripherals too. This kind of interoperability has always been the core focus of the Xbox-and-Windows merger.

So future games like Halo 6 (aka Halo: Infinite) should also get mouse and keyboard integration on Xbox One, and Microsoft's next-generation Xbox Scarlett family of systems should further this support in new ways.