With the PlayStation 5 and next-gen Xbox Scarlett family on the horizon, many gamers are worried about backward compatibility. But how do publishers like Take-Two Interactive feel about it? It's not all that important, says the Rockstar Games parent company. 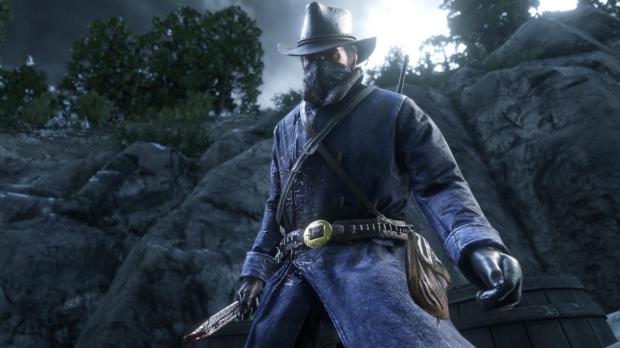 Red Dead Redemption 2 was built explicitly from the ground up for current-gen PS4 Pro and Xbox One X consoles. The game was essentially tailor-made to eke the most out of each respective system and help propel the new-ish wave of 4K gaming experiences. But like GTA V, Rockstar's latest Western could (and likely will) be future-proofed to carry over to the next PS5 and Xbox Scarlett console gen. But will it? Take-Two Interactive CEO Strauss Zelnick adds some insight.

"I don't think backwards compatibility is actually all that important," Mr. Zelnick said in Take-Two's Fiscal Year Q2'19 earnings call. Interestingly enough, the CEO lends credence to the possibility of a next-gen RDR2 port (if, of course, backward compatibility is off the table). Essentially RDR2 should mirror the same blockbuster, high-tech motivation that was behind Grand Theft Auto V's rollover from Xbox 360/PS3 to Xbox One/PS4.

"I think the reason that we had such a great experience with Grand Theft Auto V when we brought it to new generation is, first of all, the content was meaningfully updated with amazing new features. And secondly, because the title was so extraordinary that it remained the standard bearer for the new generation straight through until the release of Red Dead Redemption 2 because nothing stood up to it technically or creatively.

"So, how Red Dead Redemption 2 fares going forward, it's hard to know, but it's certainly off to a great start."

There's already evidence Sony's PlayStation 5 will be backward compatible and play existing PS4 games. Recent patents indicate the next-gen system should run older PS4-era games, however key sources say that the PS5 could actually be quite close to the current console insofar as capabilities.

Not much is known about Microsoft's next-gen Xbox Scarlett family when it comes to backward compatibility. But given the company's strong stance on support Xbox 360 games on the Xbox One family, I'd be surprised if it wasn't an option. Microsoft is also making a low-cost streaming-only box to compliment a new high-end Xbox.

Ultimately Take-Two's CEO says it makes games and doesn't try to predict what will happen in the console market. Surely they have rumblings and are privy to information as it comes out--Rockstar's games push console tech pretty hard--but it's not about to plan around new systems. Essentially Take-Two just adapts to the market as it changes.

"Our success is not built defensively by managing platform transitions. Those things are really out of our control," Mr. Zelnick said in the earnings call.

At the same time, there's a few reasons RDR2 could bridge the current and next generation of consoles.

Remember Take-Two makes most of its money from consoles and big marquee games that are backward compatible and span many platforms like GTA V are main drivers for these earnings. For example, Take-Two made $372,240 million in FY Q2'19 from consoles, or 76% of total platform split earnings. PC pulled in just $120,427 million.

If PS5 and Xbox Scarlett are backward compatible we may not see a re-release. But if the consoles aren't, we should definitely see older games updated and remastered in a bid to resell and re-market strong titles. This could be a boon for publishers like Take-Two...but a backward compatible update a la Xbox One X and PS4 Pro enhanced iterative software refreshes could bring stronger engagement in Red Dead Online and GTA Online, thus ensuring a stronger tail for both online experiences.