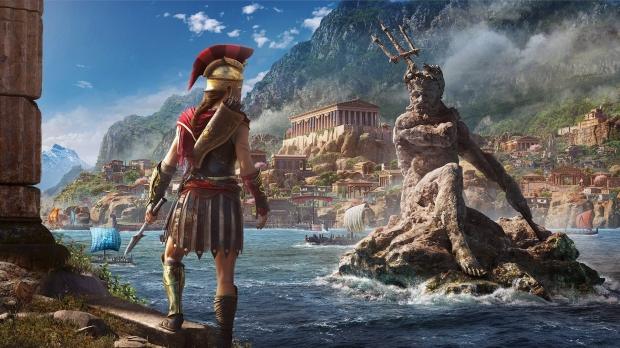 Ubisoft released Assassin's Creed Odyssey on October 5th and since the titles release gamers have taken quite a liking to the fresh installment into the Assassin's Creeed franchise, even despite its high level of grinding. According to the games Steam statistics, the title has already passed the maximum number of concurrent players that Origins had. Odyssey has already brought in a peak of 61,984 players, while Origins only had 41,541, meaning that Odyssey brought a 66% increase in players when comparing the previously released game in the series.

If you happened to miss the Assassin's Creed Odyssey 'defy fate' trailer be sure to catch up on that here. In other new about Odyssey, Ubisoft are also bringing out a new patch for the title, below you will find the full patch release notes. Assassin's Creed Odyssey is currently available on the Xbox One, PS4 and PC. If you want to check out the Steam listing for the title a link to the page can be found here. 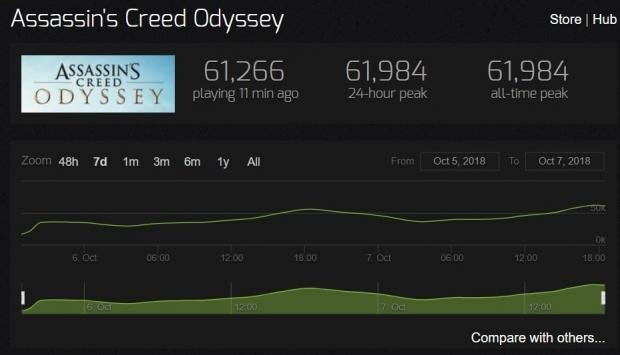 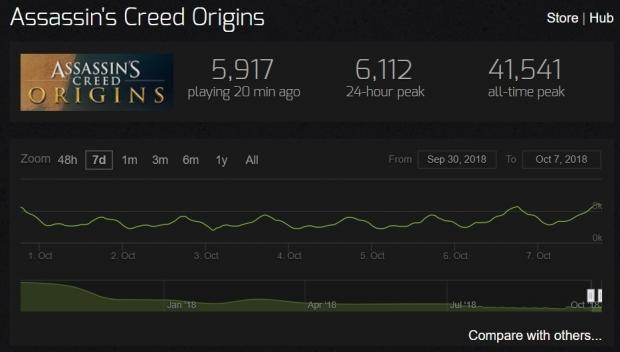 SCHEDULED TO BE FIXED

Description: Some players may experience low texture quality on the Silver Islands when using Ikaros.

Legendary Cultist Item not given

Description: There's currently an issue where legendary items from defeated Cultists may not be given to the player if they stray too far or fast travel between knocking the cultists unconscious & confirming the kill.

Workaround: Reload a previous save.

Description: There is currently an issue where Zoisme and Kallias are spawned in the Cave of Gaia and cannot be reached.

Description: There is currently an issue where the "Aphrodite's Embrace" achievement/ trophy did not unlock after spending the night with Xenia.

Workaround: Complete another romance questline in order to unlock the achievement/trophy.

Myrrine and Brasidas get teleported to Naxos

Description: There is currently an issue where a mercenary gets stuck inside a closed house in Fort Samikon (Forest of Soron / Arkadia).

Status: Will be addressed with a future TU

Description: Players may experience FPS drops when fighting enemies during night time while it's raining and holding the torch.

Description: Players may experience FPS drops after fighting enemies in Korinth for more than 10 minutes.

Description: When using the "Call to Arms" feature players may notice that an unexpected lieutenant comes to help.

Workaround: Change the order of lieutenants according to the following current behaviour:

1-3 slots available: The lieutenant in the first slot will come to help.

4 slots available: The lieutenant is randomly picked from any of the slots 2-4.

Description: Some NPCs riding a horse have have low-resolution textures, don't have any collision and cannot be interacted with.

Description: Players may notice loading textures for a few seconds in populated areas when using the horse or running

SCHEDULED TO BE FIXED

Description: Sometimes the dialogue with Barnabas doesn't trigger which results that players remain without a quest if they fast travel from the ship after acquiring his shipment.

Workaround: Fast travel to the Adrestia

Single channel Memory may not reach satisfactory levels of performance

Description: The HDR option doesn't turn off automatically in the "Display" tab after changing to Window mode.

Status: Under Investigation by NVIDIA