To coincide with the two DLC character releases, Bandai Namco and Arc System Works have released a brand new free content update to Dragon Ball FighterZ. The update brings additions to the online ranking systsm and adds a new stage.

After this update is downloaded players will be able to enjoy the brand new stage titled Galactic Arena. While fighting on the stage players should notice that their character of choices' portrait is displayed on the massive screens behind them for the crowd to see, screenshots have been provided below. The update will also be bringing new levels to the online ranking system, making the climb to the top much more difficult for players.

Also included within this update is the implementation of Seasonal Z Capsules, players will have to acquire these new capsules in order to purchase custom lobby characters and colored costumes. Since Halloween is the first event we are coming towards some of the content that will be available will be Halloween themed. Dragon Ball FighterZ is currently available on the PS4, Xbox One and PC. A Nintendo Switch release is planned for September 28th, if you missed out on the news about that, visit this post. 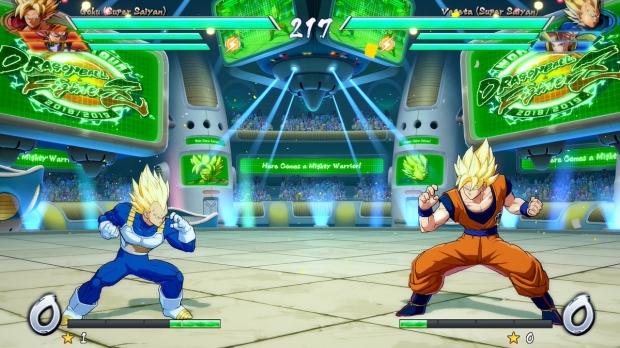 In other news about Dragon Ball FighterZ, Cooler is making his way to the fighting roster along with Android 17. Check out the Cooler news here and the Android 17 confirmation here.