In an interview with Variety, Tim Willits, id Software's Studio Director discusses whether the sequel to RAGE will see a Nintendo Switch release in the future. 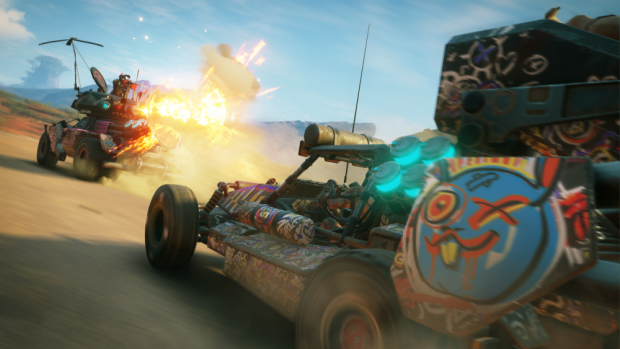 Variety has sat down with Willits and the director has revealed some of the studios plans for the release of RAGE 2 in 2019. According to Willits, RAGE 2 will instead of concentrating on a post-apocalyptic world will push the boundaries and bring players a world that is "post-post-apocalyptic world,' where people are trying to rebuild and vegetation has come back." Willits also reveals that RAGE 2 will be featuring a much more colorful and vibrant world, this will be done by pushing the game 30 years in the future when compared to the last release in the series.

Willits is also asked if players will see RAGE 2 debut to the Nintendo Switch, especially after the studio worked so closely with Panic Button to bring many id Software titles such as DOOM, Wolfenstein II: The New Colossus and the coming DOOM Eternal to the handheld console. When Willits was asked about a Switch release for RAGE 2 he replied with "We're looking at the tech on that right now, and we're still evaluating that. We stream everything, and we're just looking... because everything is open, everything's available, so there's no level loads. We are looking at that now, but we don't know." For more information regarding RAGE 2 check out their website here.