Sony announced its new IMX586 sensor during the week, the world's first 48-megapixel camera sensor for smartphones that will be powering unknown smartphones in the future, something that could include a future flagship smartphone from Sony themselves. 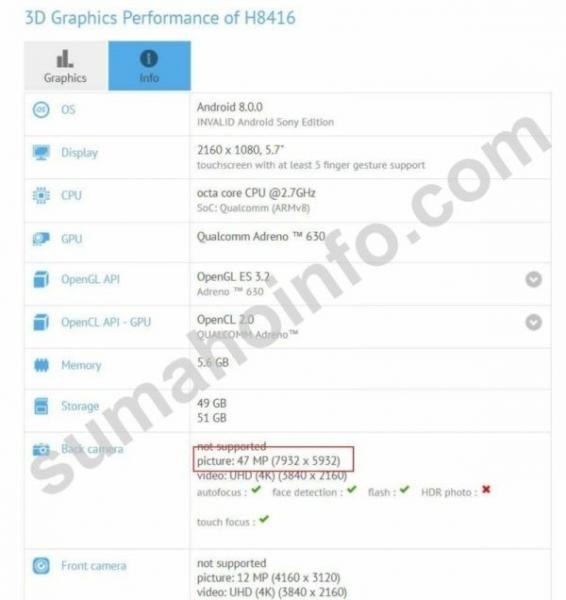 Well, according to a screenshot on GFXBench spotted on Weibo, the purported Sony Xperia XZ3 smartphone could rock the new 48MP snapper. In the post the purported Xperia XZ3 is listed with the Qualcomm Snapdragon 845 and teases a '47 MP' camera (of which the specs are most likely misreporting since the new 48MP sensor is so new).

The massive 48-megapixel sensor would be capable of shooting stills at a resolution of 7932 x 5932, which is just incredible. Of course this rumor should be taken with grain of salt as usual, but in a world where Huawei's flagship P20 Pro smartphone has a triple-camera setup, we shouldn't be surprised if Sony uses its own next-gen sensor inside of a new flagship smartphone.