Konami has taken to their Pro Evolution Soccer Twitter account to announce that their PES 2019 title will be receiving a demo for PC and consoles on August 8th.

In celebration of this announcement, the official PES YouTube Channel has released a new demo trailer showcasing what players will have available to them throughout the demo. PES 2019 demo will be featuring twelve different teams and will be arriving with Online Quick Match mode and an offline exhibition mode.

PES 2019 will be focusing on player individuality, meaning that the players on the field will have their unique play styles brought to life. According to the titles official description, players will have"new shooting mechanics" that will cause players to have to "take into account improved ball physics, players and ball position, and player skills and shot styles." The PES 2019 demo will be released on August 8th. If you missed out on the David Beckham 2019 trailer you can catch up on that here, or if you missed the 2 minutes of gameplay footage released last month you can visit that here. 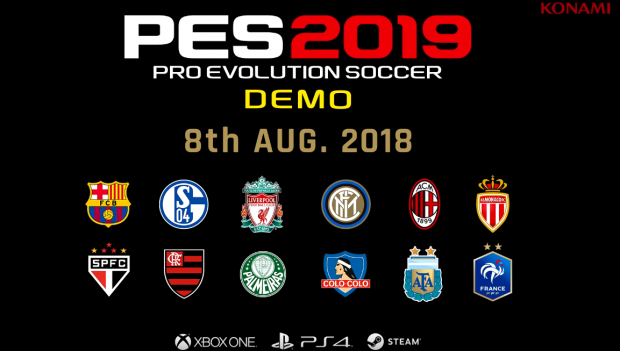