From the porting company that brought Bethesda published titles Wolfenstein II: The New Colossus and DOOM to the Nintendo Switch, Panic Button has revealed that their careful hands will be dealing with the port of Warframe to the hand-held console.

During this year's TennoCon event, Digital Extremes, the Canadian developer announced that their title Warframe is on the way to the Nintendo Switch. A new trailer has been released on the PlayWarframe YouTube Channel, it showcases what is called "Tenno, Warriors of blade and gun - masters of the Warframe armor. Those that survived the Old War were left drifting among the ruins. Now they are needed once more."

Warframe came to the PC back in 2013, its popularity caused the title to release again on consoles the same year starting with the PS4. Microsoft eventually released Warframe onto the Xbox One a year later. During its lifetime, Warframe has received expansions to keep players interested, 'Plains of Eidolon' released in 2017 and the newest expansion 'The Sacrifice' was just released on PC on June 14, 2018. For further information regarding Warframe visit the official website here. 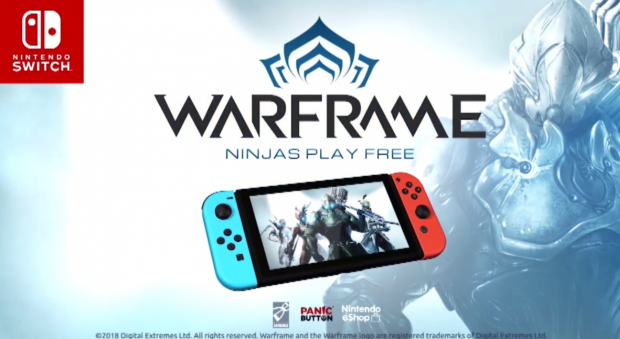