The port for Crash Bandicoot N.Sane Trilogy releasing on the Nintendo Switch debuted only just three days ago, the orange marsupial has taken the handheld console by storm, topping the sale charts as the fastest selling Nintendo Switch title of 2018. 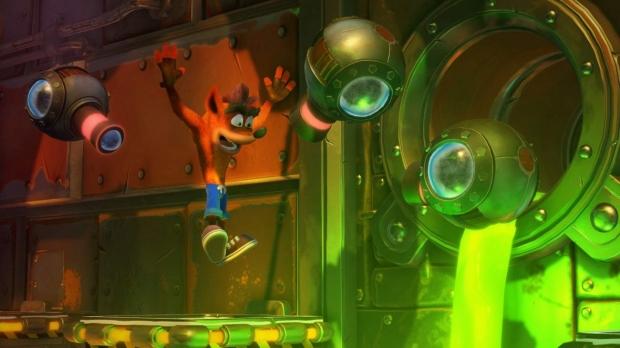 Games Industry has reported that Crash Bandicoot N. Sane Trilogy has rose to the very top of UK's gaming sales charts, beating the likes of The Crew, FIFA 18 Mario Tennis Aces and God of War. With the recent release on the Nintendo Switch, the N.Sane Trilogy has taken first place as the fastest-selling Nintendo Switch title of 2018, this isn't that shocking though as the game is only priced at $40USD.

If you want to view the detailed sales charts for Crash Bandicoot N.Sane Trilogy across all of the platforms, that can be viewed here. Also, if you haven't already picked up the N.Sane Trilogy, and are curious at what frames/resolution you will be getting on your platform check out the performance breakdown of the title here. For further information, jump onto the Crash website.