Square Enix's highly anticipated crossover action-RPG Kingdom Hearts III is no doubt one of the most sought after games of 2018, to tease fans just that much more Square Enix has released 20 mins of gameplay footage for the upcoming title.

Gamespot was luckly enough to sit down with the unreleased title and take it through its paces. From the above video we can see an over-the-shoulder view of the game, gameplay wise we can see the beauties that Kingdom Hearts fans are after: smooth animations, solid FPS, awesome cut-scenes and amazing combat.

Unfortunately, Kingdom Hearts III has no official release date as of yet, the only thing we have to go off of is the planned "2018" window that was announced back at the start of this month. If you happened to miss some older Kingdom Hearts III news, check out the Classic Kingdom trailer, Monsters Inc. announcement or the Riku action figure. 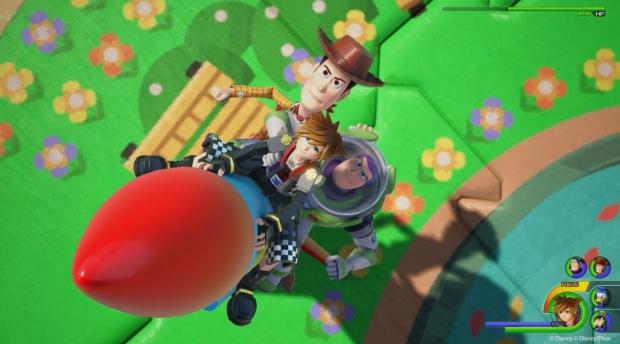