The arcade basketball game NBA Playgrounds 2 was originally announced for release on May 22nd, but according to the developers Saber Interactive the title will not be arriving then. 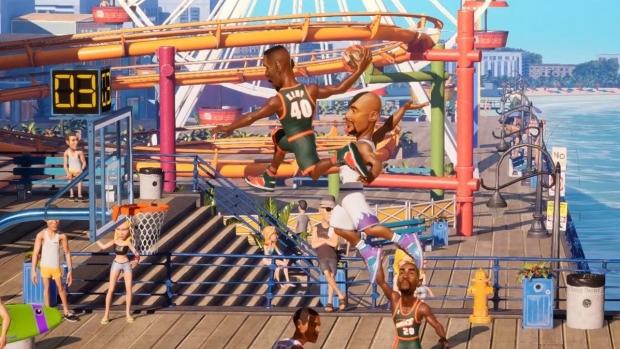 We saw the first NBA Playgrounds 2 gameplay trailer about a week ago now and since then the title has been creeping towards its release date. Now the developer, Saber Interactive has taken to their Facebook page to release the bad news for fans, the post reads as follows "We've got some news to share, but we want to start by saying 'good things come to those who wait.' There are exciting things brewing with the NBA Playgrounds franchise that we think will take arcade basketball to new levels."

The post continues by saying that players need to be patient with development process as the plans that are in the pipeline for NBA Playgrounds 2 are striving to make the game better than ever."We can't tell you everything now, but we can tell you that this means our launch date of May 22nd will be moved out. Please be patient with us, we promise that NBA Playgrounds 2 will be better than ever. We'll have more details to share soon."

Unfortunately, there was no updated release date with the post so hopefully in the coming weeks Saber Interactive has a better idea when the title will be released.