The already very successful Nintendo Switch has yet to feature a highly popular game genre, battle royale. Well now Nintendo Switch fans have an opportunity to join in on the action as Crazy Justice will be the first battle royale shooter coming to the handheld console.

Above we have a video of Crazy Justice running on the Nintendo Switch in handheld mode. The video only goes for two minutes but it does show a some cool features while also providing what seems like a very smooth experience.

Crazy Justice will seperate itself from other battle royale shooters such as Fortnite, by instead of building players will have a choice of 20 different heroes, each with customizable skill decks that vary from each hero. 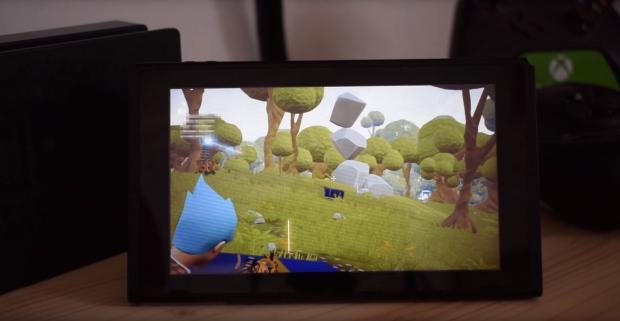