All of Capcom's major games releases last year failed to hit their sales forecast targets set by the company. 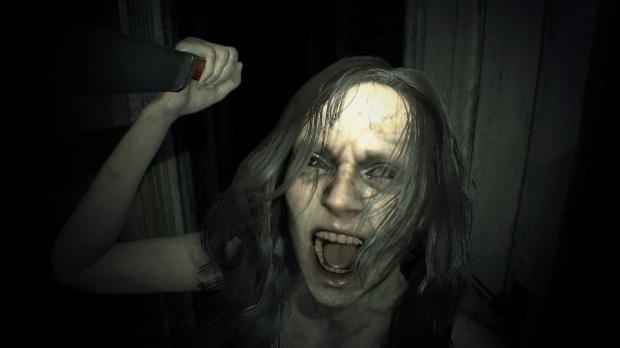 Capcom expected to sell 4 million copies of Resident Evil 7 by the end of the fiscal year, and they missed that target. Even with three months to accrue sales after the fiscal year ended, Resident Evil 7 still didn't hit the target 4 million copies sold; as of fiscal Q1'18 the game sits at 3.7 million units sold, just 300,000 copies shy of the target.

The company wants to ship 2 million more units of Resident Evil 7 by the end of the new fiscal year on March 2018, bringing the total lifetime to date sales estimate for RE7 to 6 million copies at the end of this period. Capcom has also said it expects Resident Evil 7 to sell 10 million copies in its lifetime. The game has officially recouped Capcom's development costs, but it still fell short of its projected sales.

Dead Rising 4 has yet to hit its 1 million sales target outlined by Capcom, signifying the poor reception for game critics and the game's launch on Xbox One was a misstep. I'm curious how Dead Rising 4's poor sales will affect Capcom's future business with Microsoft's Xbox division. 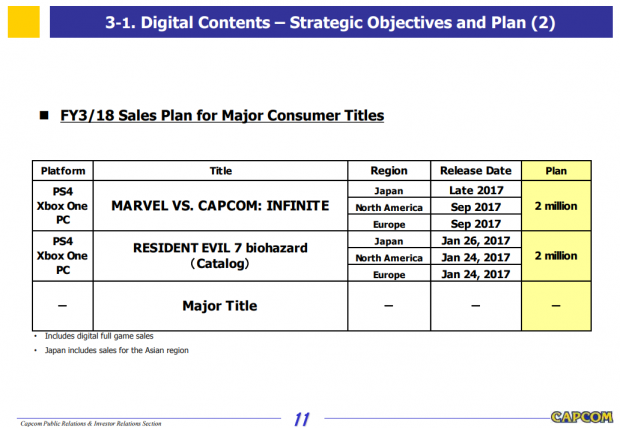 According to the sales forecast included in its FY16 earnings forecast, Capcom expects to sell 2 million units of Marvel vs Capcom: Infinite. It hasn't disclosed exact figures for Monster Hunter World. 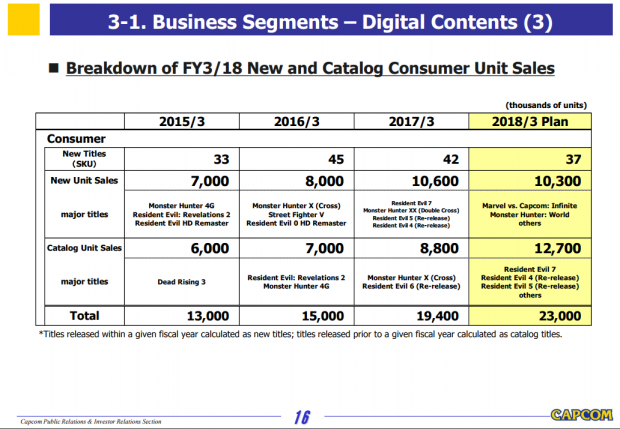 However it appears that Capcom is no longer disclosing exact sales estimates on a per-game basis following its recent sales target failure.

Instead the Japanese games-maker gives a total number of sales for the new games segment. Capcom intends to sell 10.3 million copies of its new games, which includes Monster Hunter World and Marvel vs. Capcom: Infinite, as well as "others", which are unannounced games.

Given we know Capcom's fiscal year guidance forecasted 2 million unit sales of MvC: Infinite, Monster Hunter World sales would need to be around 6-7 million...which is very high. It's far more likely that Capcom adjusted Marvel vs Capcom: Infinite's sales forecast to by a million units or more.

Furthermore, it's possible Capcom will sneak in another big game or a series of smaller collections/releases to help bolster its two big headlining games.

In any case, I'm curious to see how Capcom's guidance continues to evolve as it strategizes new ways to leverage the strengths of its catalog, and what plans it has for future releases.