G2A has responded to Gearbox's ultimatum by highlighting all the ways its marketplace already strives to meet the demands. 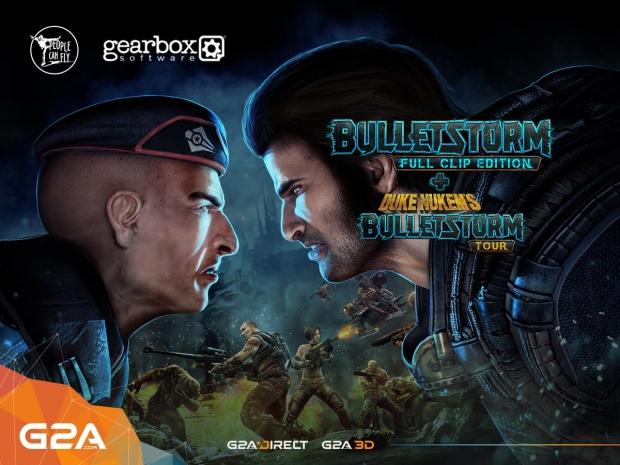 Earlier this week, Gearbox Software got into a tussle with G2A, the key reseller who it had signed an agreement with. Gearbox signed a deal to promote its newly publisher Bulletstorm: Full Clip Edition on G2A's marketplace. Soon after learning about the deal, YouTube's Total Biscuit called attention to the deal by spreading the news on Twitter and boycotting all Gearbox games from his coverage. Gearbox reached out to TB and reportedly wrote up an ultimatum for G2A to follow or else the publisher would pull out of the deal.

As you could imagine, G2A didn't agree, as the company would have to overturn its business strategy within up to 90 days. But G2A now says the main reason it didn't agree was because the marketplace already protects its sellers in specific ways, and the company broke all of those protections down in a recent statement to Eurogamer.

Here are the terms Gearbox sent G2A, reportedly with the help of Total Biscuit: 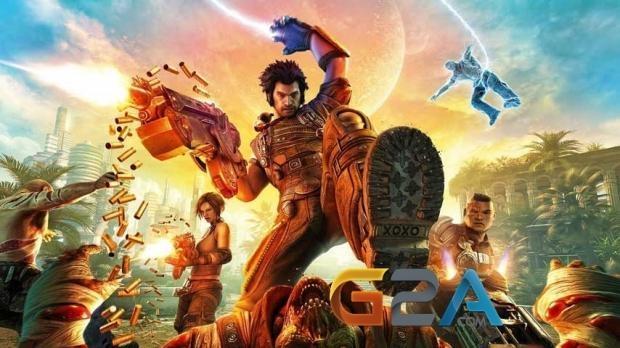 And here is G2A.com's official response, as per Eurogamer:

"All of the requests made of G2A.com in the ultimatum have in fact long been part of our marketplace.

"If a buyer finds a key is fraudulent, we take the following steps:

"1. The buyer reports the problem to the seller. If the seller sees that the problem resulted because of the seller's error or fault, then the seller either refunds the buyer's money or provides a new key - and the matter is solved instantly.

"2. If the seller does not agree to the buyer's complaint, the buyer writes a message to the G2A Resolution Center. The message receives a case number, and our employees (G2A.com's customer support team is fluent in nine languages, six of which are available 24/7, and the average wait-time is barely a few minutes) begin to investigate. Our customer support then contacts the seller, to give them a chance to clarify any doubts, and then our customer support team does everything they can to bring about a satisfactory resolution for both parties. The buyer typically receives a resolution in a matter of hours, in contrast to many other marketplaces where users sometimes must wait a few weeks to receive an answer (or never receive an answer at all)."

If a buyer has G2A Shield, the refund process is greatly accelerated via 24/7 live chat.

"The buyer will most likely receive a refund during the chat which last a few minutes, and G2A.com takes it upon itself to contact the seller and resolve the case on that end."

"All fees and rates are clearly and explicitly described in corresponding tables," the key reseller said. "In addition to the price, VAT is added based on the buyer's country, and if applicable, a fee depending on the buyer's chosen payment method. Both of these fees are independent of G2A.com, and we clearly inform the buyer about them before any purchase is made. No one on our marketplace is unwittingly charged extra fees."

The games-seller goes on to outline the ways it protects developers and sellers alike, and squashes illegal key sales.

"G2A.com has to protect every honest seller, and by giving such access to all developers, we would allow for a situation in which a developer could delete every key on our marketplace regardless of its origin. Such an action would be damaging to the industry, to gamers, and illegal.

"All a developer must to do is provide evidence that the keys that they want to block have been illegally acquired (this evidence can be, for example, a report from a financial institution). Our cooperation is not limited to just the immediate deletion or blocking of keys - we will without hesitation, and, of course without charge, provide all information about fraudulent sellers to appropriate law enforcement agencies."

"Participation in G2A Direct is at no cost to the developer. This program has been crafted in such a way that there is no reason why any developer could in any way suffer losses by participating in it."

"We do everything in our power to uphold the best possible relationships with developers and ensure the highest standards in the fight against dishonest sellers. At the same time, we respect our critics and believe that they have the good of the industry at heart."

"Unfortunately, sometimes they do not understand how G2A.com works and as such this misunderstanding causes them to mislead the public about our company. The best proof of this are the four ultimatums formulated in part by John Bain, which, it turns out that were completely unnecessary as all of the issues raised have long been a part of the G2A.com marketplace."