Gearbox messes up quite a bit. Between terrible games like Duke Nukem: Forever and abominations like Aliens: Colonial Marines, the studio just can't catch a break--it's really it's own worst enemy. Now the latest screw up has turned into a PR nightmare, and Gearbox is desperate for a way out. 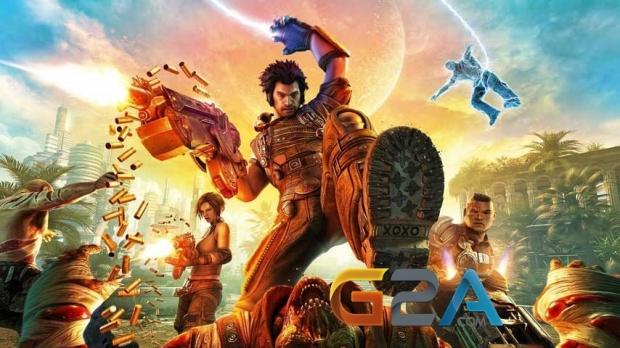 Gearbox Software recently signed a deal with extremely controversial key reseller G2A.com to release a collector's edition for Bulletstorm: Full Clip Edition, aka the massively overpriced remaster that no one asked for. YouTuber Total Biscuit caught wind of this deal, and announced a boycott of all Gearbox games from his coverage if the studio didn't dissolve the deal with G2A. Gamers everywhere spread the news, and with every share Gearbox's rep tanked--tanked further, that is.

So Gearbox did the logical thing and worked on an exit strategy. And it found a strategy that pretty much ensured it would have a justified means of escape from a situation it had dug itself into, and by escape, I mean Total Biscuit would continue covering their games and gamers would approve of the move. The studio-turned-indie-game-publisher told G2A that it would have to basically re-organize its business structure within 30 days or else Gearbox would pull its deal and back out of the agreement.

As you could imagine, G2A hasn't made any move to reply...and I fully don't expect them to completely re-arrange their shady business model just for a remaster of a bargain bin game. To be fair, the demands would likely help make the industry and the games marketplace a much better place. But it probably wouldn't be lucrative for the business (something tells me shady deals are much more profitable than actual bona-fide storefronts).

G2A's reputation is already quite tarnished, and so is Gearbox's for that matter, but by simply associating with the key reseller Gearbox has taken yet another hit. How many can they afford to take before they're kaput?

I just wonder how People Can Fly thinks about this. They're the indie studio that now owns the Bulletstorm franchise, and made the Bullestorm: Full Clip Edition remaster. What a messy thing to uncover in your first major deal with Gearbox's indie publishing arm...