Inxile Entertainment today announced Wasteland 3, which is coming to PS4, Xbox One and PC in just a few weeks with a brand new feature: co-op. 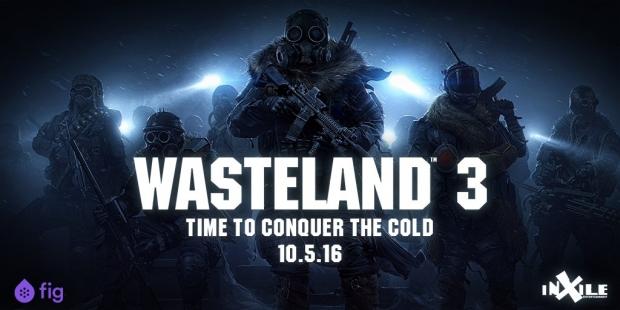 Wasteland 3 is happening, and it'll arrive across the triumvirate of gaming platforms on October 5. Inexile pushed out a huge press release revealing key details on what the new tactical RPG has to offer, and for the first time in the history of the franchise you'll be able to brave the post-apocalyptic world with a friend in fully-fledged story-driven synchronous co-op or asynchronous competitive-style multiplayer.

The devs promise that Wasteland 3 will be an evolution over Wasteland 2, offering new additions like vehicles, environmental hazards, a new action system and more fluid turn-based combat. The co-op is quite interesting, and you can play offline singleplayer, or even play your co-op game while your friend is offline and actively sabotage them...but Inxile warns that there's consequences to whatever actions you choose to take.

Wasteland 3 launches on October 5 simultaneously across PS4, Xbox One and PC. Check below for the huge press release for more info:

It's true: #wasteland3 is coming! Revamped combat, vehicles, and a frozen campaign for both solo and multiplayer! Back us @PlayFig Oct 5! pic.twitter.com/0bIASnsgp4

A party-based role-playing game, with a renewed focus on our trademark complex story reactivity and strategic combat.

By including vehicles, environmental dangers, and a revamped, more fluid action system, we are evolving on Wasteland 2's deep tactical turn-based combat and unique encounter design.

Play by yourself or with a friend in story-driven synchronous or asynchronous multiplayer. Choices open up (or close off) mission opportunities, areas to explore, story arcs, and tons of other content.

Your Ranger Base is a core part of the experience. As you help the local people and improve your Ranger Base, quests and narrative will force you to make decisions on how to lead.

The game will be set in the savage lands of frozen Colorado, where survival is difficult and a happy ending is never guaranteed. Players will face difficult moral choices and make sacrifices that will change the game world.

Wasteland 3 will feature a deep and engaging story utilizing a newly-revamped dialog tree system from the celebrated writers of Torment: Tides of Numenera

Simultaneously releasing to Windows, Mac, Linux, PlayStation 4 and Xbox One

You start the game as the sole survivor of Team November, a Ranger squad dispatched to the icy Colorado wastes. This is a land of buried secrets, lost technology, fearsome lunatics, and deadly factions. No one here has ever heard of the Desert Rangers. Your reputation is yours to build from scratch, and your choices may save this land or doom it. With a renewed focus on macro-reactivity, you'll be picking between warring factions, deciding whether locations are destroyed or saved, and other far reaching decisions that have a marked impact on the shape of your world.

For the first time in the history of the Wasteland franchise, you will be able to take a friend with you on your journey into the post-apocalyptic wastes! Wasteland 3 opens up the possibility to play through the campaign with a friend; both of you controlling your own squad of Rangers.

The core of Wasteland 3 will still be a rich single-player experience. If you play with a friend while both online together, you'll be able to share many missions, and join up to hit key story beats, but you can also split up and cover more ground. Once a game is started, you can play Wasteland 3 while your friend is offline, and do a lot of missions without them. Be aware, however, that the actions you take while your friend is off-line are not without consequence!

By making the decision to include multiplayer early on in the process, we will be able to design a game that is true to the core principles of the Wasteland franchise and our studio. Wasteland 3 can be played as an offline, single-player game, and is built from the ground up with a focus on story and reactivity that makes no sacrifices to the multiplayer experience. At the same time, co-op players will enjoy working together to change Wasteland 3's highly reactive world... or finding ways to destroy what their friend has worked to accomplish.

Our strategic turn-based combat is core to the Wasteland experience. Wasteland 2's rangers could use cover, flank their enemies, and attack from rooftops with deadly precision and horrific status effects. Wasteland 3 will build and polish this existing system while adding a new feature: team-focused abilities. Your rangers will have an arsenal of combat skills with special tactical effects, usually focused around weakening the enemy while protecting their squads.

Another big change this time around will be the addition of vehicles. Your ranger will use your upgradeable vehicle for travel, storing essential goods, exploration, and survival. Gear up your vehicle well enough, and you'll be able to use it for moveable cover in combat, or - if you've installed a turret - deal with fools crazy enough to tangle with the Desert Rangers.

Finally, the Ranger base is a key location in all the Wasteland games, and Wasteland 3 will be no different. This time the experience will be much more involved, as you are setting up and reinforcing a brand new Ranger base to survive and even thrive in the hostile snowscapes of Colorado. Rather than the base being primarily a place to pick up new missions and replacement squad mates, we're expanding it so that it is a full base of operations, allowing you to gather materials, do research, reach out to factions over the radio, try to set up supply lines and trade routes, and more!

Looking around at the rich possibilities of our setting, it struck us how often we do return to the desolate dry desert and ruined cities. We still think that's a great core setting, but it is also more limiting when in reality the world after mankind can encompass many different settings, from overgrown wilderness thriving on former cities (something we explored more in Wasteland 2) to the remnants of mankind trying to survive in a hostile, frozen landscape. More than anything, a solitary building or town amidst an unblemished field of snow emphasizes an overwhelming sense of isolation that is key to the post-apocalyptic story. It is this rarely found setting and aesthetic that we want to explore in Wasteland 3.

As part of our improved presentation, we're updating the way dialog is built and presented. Wasteland 3 will feature a complex dialogue based on the ideology behind Torment: Tides of Numenera's branching system. Players will choose lines of dialogue that lead them through branching conversations. Choosing certain skills for your character may spell the different between success or catastrophe. And last but not least, in key conversations the camera will pan in to show a closer shot of person you're talking to.

We're very fortunate to have concept artist, Andrée Wallin of Wasteland 2 and Star Wars: The Force Awakens once again on hand to help us establish the look of this game, providing key art pieces that we'll be used for inspiration and reference throughout the game's development.

Additionally, we've been working closely with Christopher and Nic Bischoff of Brotherhood Games, the team behind the widely celebrated STASIS and Cayne isometric adventure games. In fact, they're responsible for the beautiful prototype screenshots and video you've seen so far!