In an effort to optimize the deluge of No Man's Sky issues on PC, Hello Games has allowed Steam users to opt into an experimental update to see if their problems are fixed. 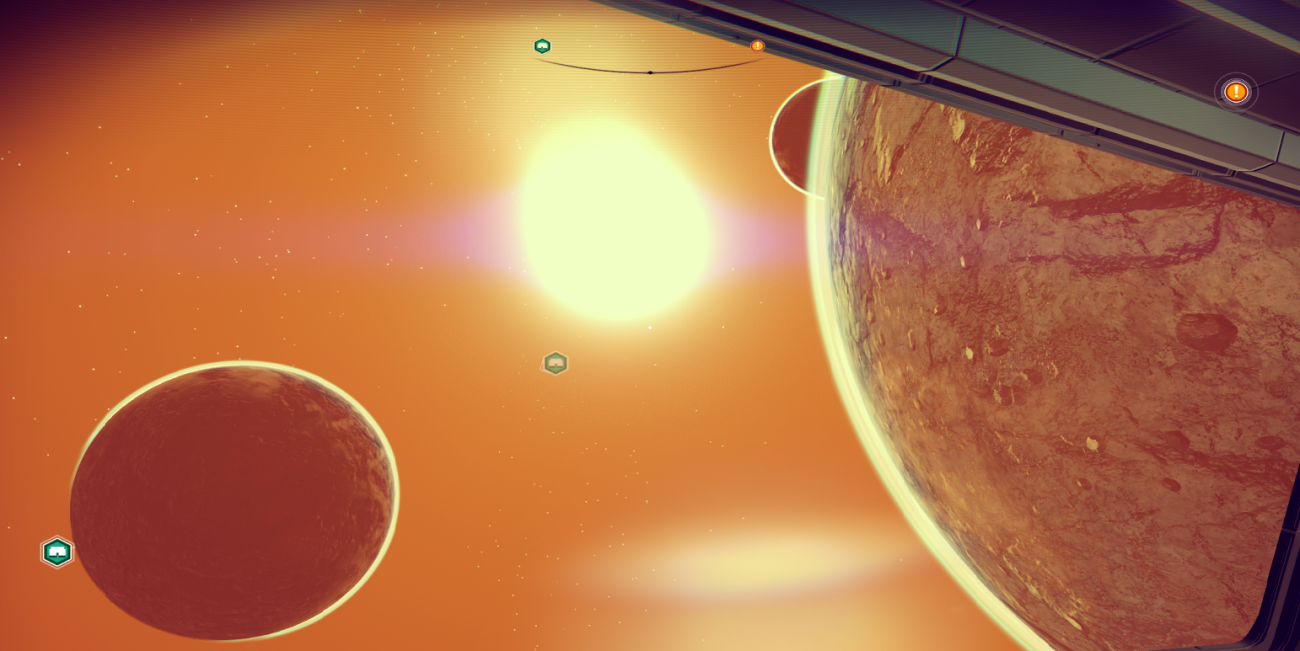 No Man's Sky is performing pretty badly for some PC players, most notably for those trying to run the game on integrated Intel GPUs or setups that don't have the required OpenGL 4.5 or VC++ Redist 2010 installed. The studio has hired a huge Quality Assurance team to help iron out these bugs, and rolled out a new Experimental Branch PC patch that promises to help enable max frame rates, boost performance on CPUs with 4 threads or fewer, and the frame rate stutters caused by inefficient GPU shader caching.

Sadly the game still runs awkwardly on AMD Phenom processors--"Thousands of lines of assembly have been rewritten overnight to support AMD CPUs," says Sean Murray--NVIDIA G-Sync has been disabled by default, and the game will likely never run on Intel GPUs. For the time being, Hello Games suggests trying the current workarounds to see if they fix your problem or opting in to the Experimental Branch beta update. Check the full patch notes below, and the Steam discussions board for more info.

On the off chance your copy of No Man's Sky is working perfectly, be sure to check out our startup guide for tips and tricks to make the best of your journey. 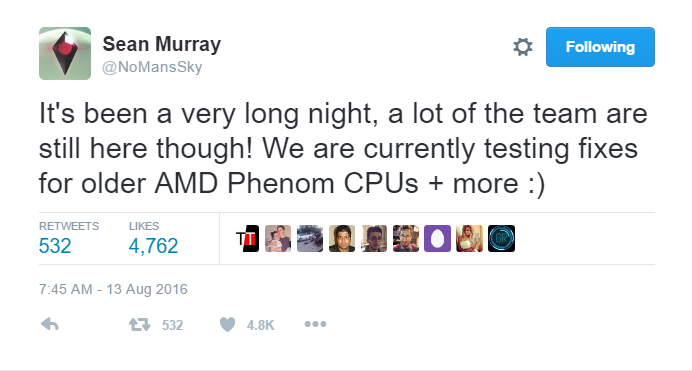 Thousands of lines of assembly have been rewritten overnight to support AMD CPUs. Unfortunately whilst the game code no longer relies on anything above SSE 2, Havok Physics still requires "Supplemental SSE 3", which was not supported until "Bobcat" and above. We're discussing with Havok.

Some systems/configs were crashing or not pausing correctly on Alt Tab. This should now be resolved.

Framerate was initially stuttering due to shaders not being correctly cached by the GPU on some systems. We have replaced the GPU caching system. You may notice some stutter during the Galactic Map intro to the game (the very first time you run), but it should be smoother from then on (this will be fixed in future). This is particularly true on ATI cards

Smoothing on mouse movement has been improved to prevent hitching or stuttering, and is now adjustable through the Options menu in "Mouse Smoothing".

On some CPU/GPU configurations, setting Max FPS to 60 or 30 was not giving 60 or 30 FPS (causing stuttering). This has been improved.

On CPUs with 4 threads or fewer, performance has been improved.

The game will now let you know if you are trying to run with an unsupported GPU. This will hopefully flag for some users that their high-end GPU has not been selected.

Gsync has been disabled by default, which was causing an issue for some users

To access the Experimental branch right-click on the game from the library page and select "Properties". Among the available tabs will be the "BETAS" tab.

Your new branch should be listed in the dropdown menu under "Select the beta you would like to opt into:"