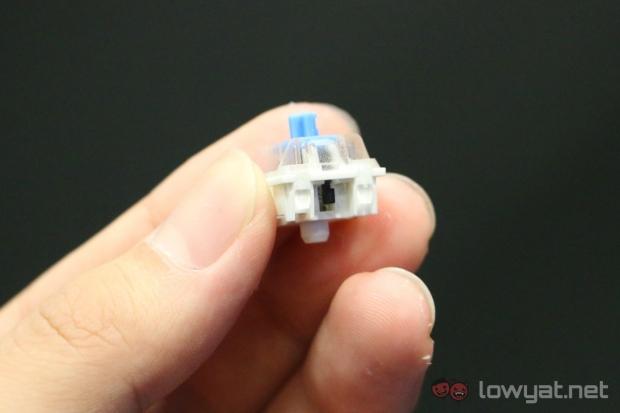 Tesoro revealed its new Tesoro IR mechanical keyboard switches at Computex, giving us a glimpse at what the future holds for enthusiast-grade keyboards. The new Tesoro IR switches are light-based, so they completely eliminate metal bounce and oxidation, thus dramatically increasing switch lifespan. Here's how the infrared switches work: each switch is outfitted with an IR blaster that beams light, and as each key is pressed, the light is broken, thereby registering the keystroke. 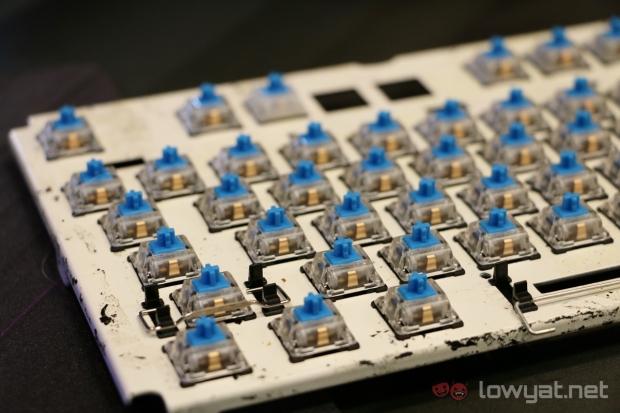 Another tremendous benefit of the Tesoro IR key-switches (and infrared switches in general) is that they're pressure sensitive. As a delicate keypress blocks less light than a full keypress, the keyboard can recognize varying pressures. This could ultimately lead to major innovations in mechanical keyboards, including specialized software to customize the per-key actuation of individual switches on IR keyboards.

Last but not least, Tesoro affirms the IR switches are spill resistant. The hardware-marker proudly splashed cups of water on its prototype IR keyboards at Computex (and on Facebook).