Rebellion has wasted absolutely no time in getting their remastered version of Battlezone 98 released. It's out now on Steam with a 20% discount for all the early adopters. Thus far, with 5 reviews, the new version has outstanding reviews as it manages to retain the charm and appeal of the original FPS/RTS hybrid.

Rebellion announced in February that they were also working on more than just the original Atari Battlezone. They have the rights to the whole franchise and have been systematically upgrading the visuals and making the original PC game playable again.

For this version, they concentrated on leaving the basic mechanics intact and just giving it a much-needed overhaul so that it fits in with other games of the genre currently out. The art style and unique hybrid control mechanics are all there, with much better graphics. It's worth a look if you enjoyed the original and even if you're looking for something new. The unique way that it blended base-building and the action still hasn't quite been emulated even today.

Rebellion also hinted at future games with the redux branding, meaning that other games in their vast library of franchises might make future appearances in remastered guises. 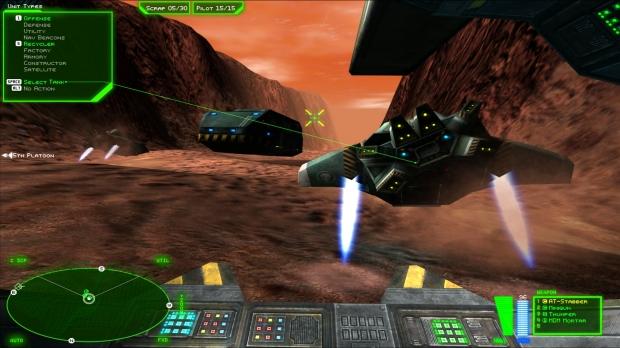