AMD's new Radeon Pro Duo is a dual-GPU video card with two Fiji GPUs, 8GB of HBM1 (4GB per GPU), four DisplayPort outputs, and 16 TFlops of performance. Well, it hits retail on April 26 with a not-so-bad price tag of $1500.

This isn't a video card for most people, as it'll be the glory card for all things VR - gaming, production and engineering with VR, as well as the insane enthusiasts (like myself) who just want the most powerful video cards they can get.

NVIDIA has just unveiled its next-gen card, the first video card based on their new Pascal architecture, at their GPU Technology Conference, last week. The new Tesla P100 is a professional video card built on the incredibly small, and super new 16nm FinFET process. The Tesla P100 features the P100 GPU, 16GB of even faster HBM2 - but it's not a consumer card.

The GPU game is heating up now that NVIDIA las launched its next-gen GPU with HBM2 onto the market, while AMD's new Radeon Pro Duo rocks two older GPUs, and not the newer Polaris GPU that the company unveiled during its RTG event in Sonoma, California in December 2015. 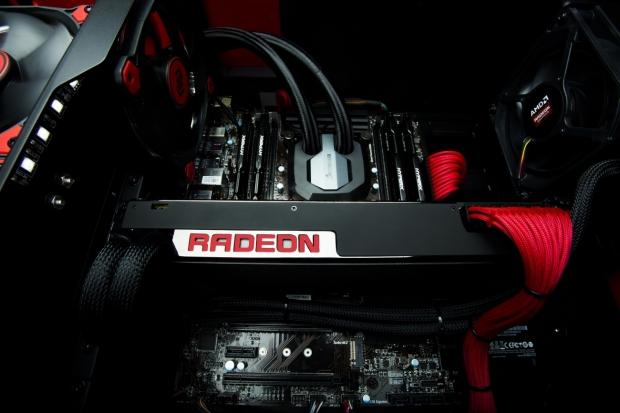