Atari has finally announced that Roller Coaster Tycoon World, the first of the series to appear on the PC in nearly a decade, will officially enter Early Access on March 30th. It's been a long wait and one fraught with all the dangers that come from letting people play your unfinished game. But it's here, and in fine form too.

When it launches in Early Access the plan is to have quite a bit of content and things that you can mess around with. You'll be greeted with a few different game modes, the ability to create your own wild and wacky rides and have the full management experience. You can even ride your rides in first-person, which might be a very exciting feature with VR in the future.They're fine-tuning the game, so any feedback is still appreciated.

It's been a somewhat rocky road for the developers of the next great roller coaster game on PC. They had several early beta and alpha tests available to fans that were very informative. The reviews of the game on Steam at the moment are of those early builds and are not representative of the work that's been put into addressing the concerns that have been raised. But it's up to you to decide whether it's a genre or game you'd be willing to support. Thus far there have been sweeping changes to the UI and control mechanisms, making it a bit easier to navigate and make the coaster you've been dreaming of. And there's more to follow. Atari has also laid out plans to support the game with free content through 2016.

Throughout 2016, Atari and Nvizzio Creations will be bringing several free content updates - including Piece-by-Piece Coaster Building, Tunnels, Dark Rides, Transportation Rides, Weather and many much more. In fact, in an interview we had with the creators, they stated that there's even a likelihood of finding VR support in the future as well. It's available on Steam for $49.99. 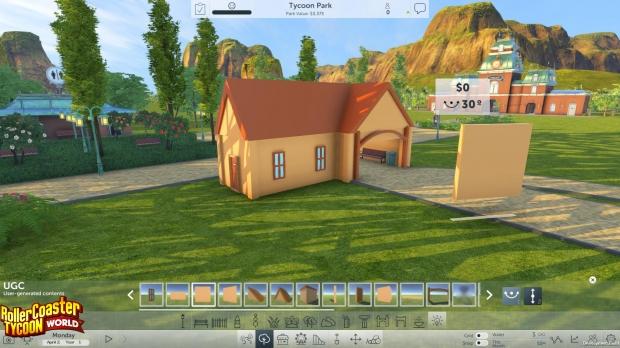