Daedalic Entertainment is breaking into the console market with a delightful adventure game called Deponia Doomsday. As the name implies, the only endgame option is to blow up the world to save. There's just no other way.

The game utilizes hand-drawn 2D comic graphics, a very spicy and humorous dialog and melds that with a point and click type adventure game. Within the 20 or so hours of gameplay you'll come across some unique, oddball characters, all part of the actual story that's unfolding.

You're Rufus, and when you wake-up you find out that Elysium (the magnificent flying city) has fallen from the sky and a new species, the Fewlocks, have started taking over the ruins of the entire planet of Deponia, and of course there's only one choice. And you get travel through time to do it. Each decision you make in time will have consequences that echo through the other time periods that you'll get to see. And there's even going to be an alternate ending coming soon as well.

The art looks great as does the dialogue, and from the looks of it, it might be a pretty wild ride with some whimsical story options that should set the tone. Sometimes, a good story based PAC can help cleanse the mind of all the frustration in life and keep you smiling, and that's what Deponia Doomsday seeks to do.

Deponia Doomsday is available now on the PC, with PlayStation 4 and Xbox One versions coming later on this year.

Here's some backstory on the Deponia universe, which is filled with some rather deep lore.

As a trilogy, Deponia, Chaos on Deponia and Goodbye Deponia tell the most successful German adventure story of all time. The series has so far sold over 2.2 million copies and is the absolute favorite among Daedalic fans. The adventures take place on the junk planet Deponia and its idiosyncratic environment. The inhabitants of Deponia live in a bizarre world of garbage and recycling materials. Antihero and inventor Rufus, for whom simply nothing goes right, wants to escape from here to the spaceship Elysium to live the high life, in the truest sense of the word. However, he makes it no further than the grouchy officials of Organon that patrol Deponia on giant monorail cruisers high up in the air. Rufus meets the Elysian Goal, who he falls desperately in love with. She is the key to Elysium. A turbulent comedy of errors ensues, in the course of which Rufus somewhat accidentally triggers a revolution and a multitude of other remarkable disasters. 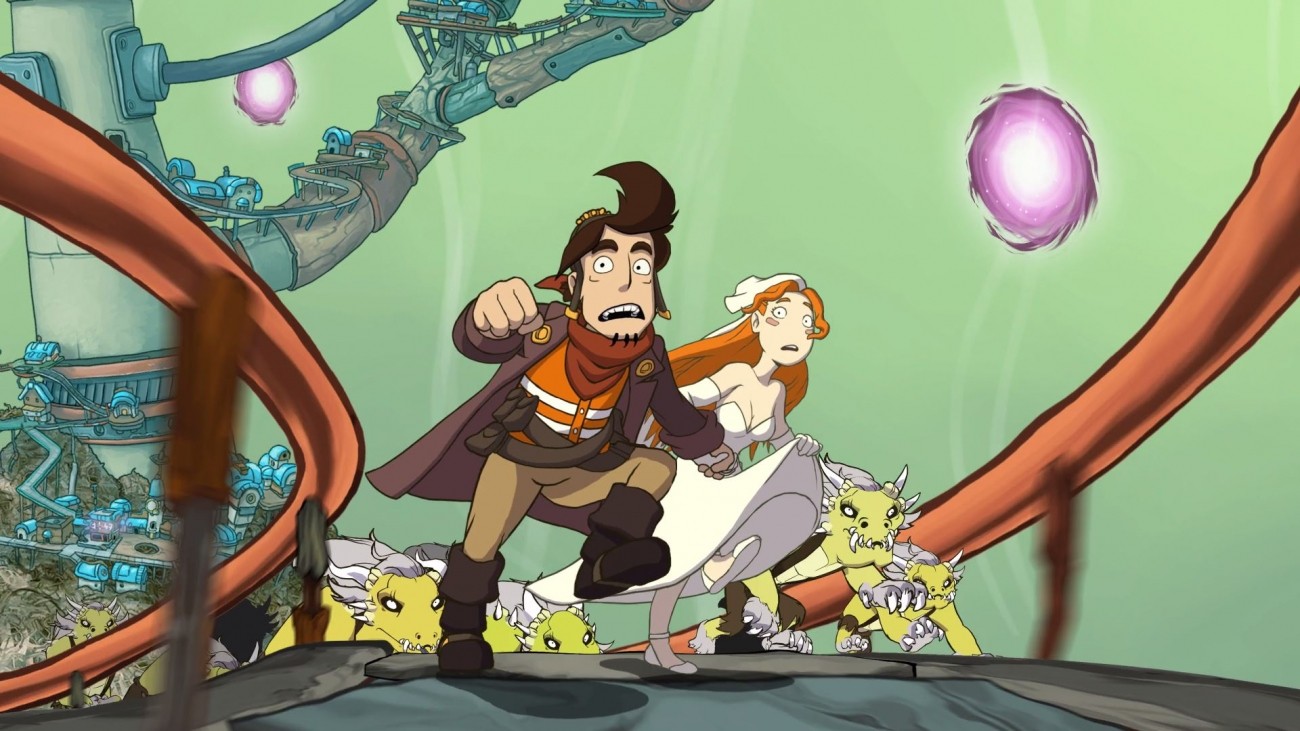