MWC 2016 - Most high-end smartphones can have their 2500-3000mAh batteries charged in around 1-1.5 hours, but how about 15 minutes? That's what Chinese smartphone manufacturer Oppo is teasing at Mobile World Congress. 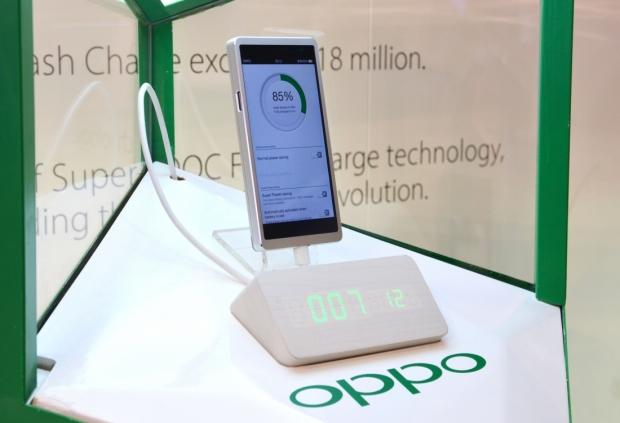 The new technology is called Super VOOC, and can charge an empty smartphone battery in only 15 minutes. Oppo's impressive technology is still in the prototyping stage, but the company says that its smartphones coming out later this year and early 2017 will feature the super fast-charging batteries. At MWC 2016, Oppo showed off a reference smartphone with a 2500mAh battery that went from empty to 85% charge in just 7 minutes, which is damn impressive.

Qualcomm's competing technology, Quick Charge 3.0, can get a smartphone from 0-80% in around 35 minutes, so Oppo has something impressive right now - but is only at the prototype stage. While Qualcomm's QC3.0 is slower, it's here right now.