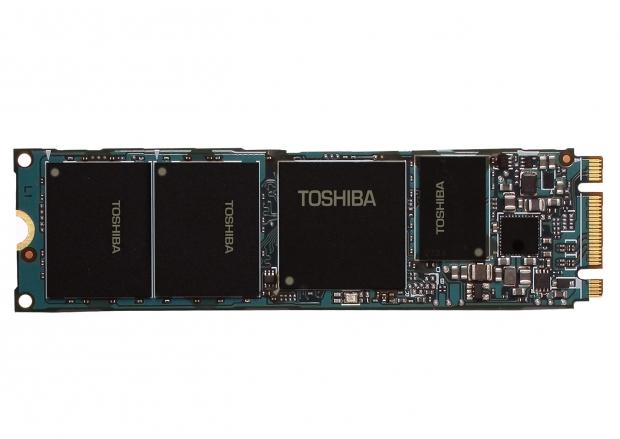 The M.2 drives come in two designs--the 1TB two-sided variant, and the one-sided option with the remaining capacities. Toshiba lists the SG5 series has sequential read speeds up to 545 MB/s, and write speeds up to 388 MB/s, and a mean time to failure (MTTF) rating of 1,500,000 hours. No pricing or availability details were listed, but check below for a full spec sheet.

"We understand our customers' needs for performance are constantly changing. The SG5 Series gives our customers the flexibility of system configuration with a selection of various capacities and form factors," said Toshiba SSD marketing exec Cameron Brett. "As the inventor of NAND flash technology, we leverage our NAND expertise to introduce state-of-the-art TLC NAND to optimize SSD performance in a small form factor, while giving our customers the ability to strengthen their data integrity with data protection features like Toshiba's proprietary QSBC and wipe technologies." 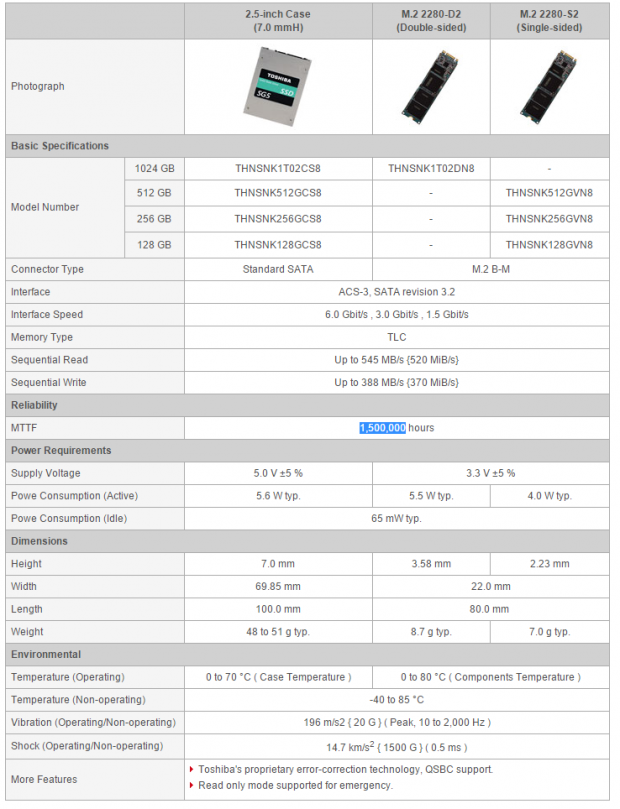 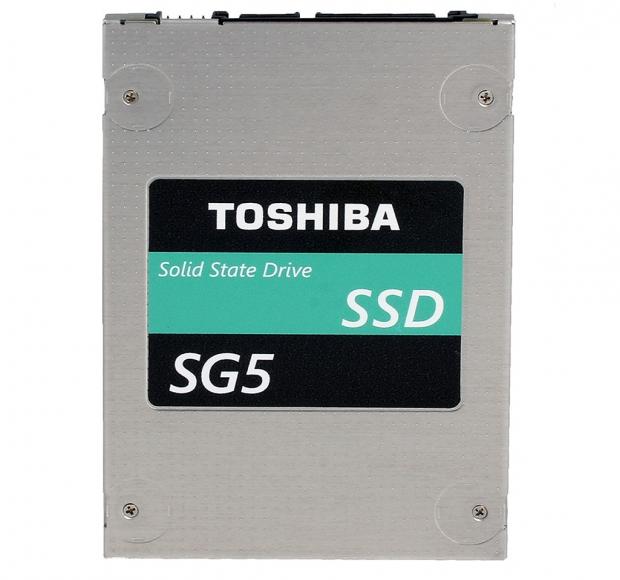