LG have been teasing their next-gen G5 smartphone, and we still don't know the full details on it - but a pre-release model has surfaced in Dubai. The pre-release G5 smartphone sports the G5 logo on its backplate and was selling for 2500 dirhams, or around $680. 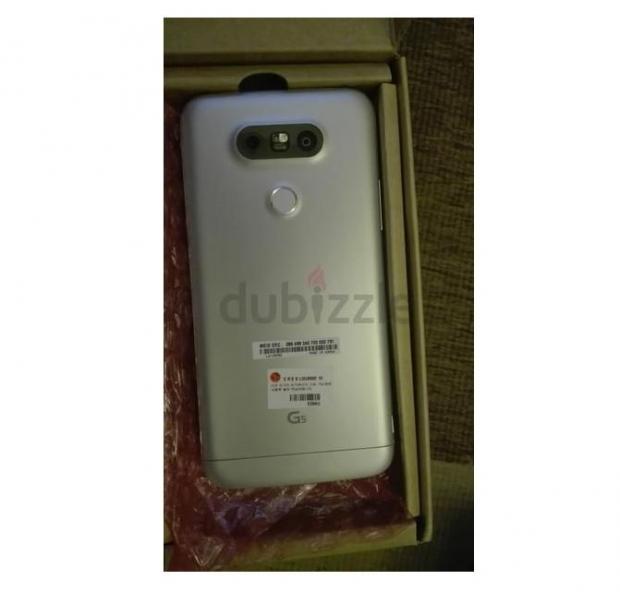 The G5 was on a site called Dubizzle, but it's no longer listed - of course. Photos of the G5 teased that it will ditch the plastic body that the G4 has, for an all-metal one, with a dual-camera setup on the back. We should see an impressive accessory slot, which should be used for user-replaceable batteries - but I'm expecting much more from that. I think we'll see some AR/VR technology being used in that slot, as well as the removable battery.