When Oculus VR finally announced the $599 price tag of its commercial VR headset, it opened a rift in the potential VR market. On one side is the enthusiast crowd, who isn't fazed by spending $600 on new tech, and on the other is the crowd who feels cheated and mislead by Palmer Luckey's previous statements. After all, $600 is much different than Luckey's previous "north of $350" price tease, and that's not including the requisite PC hardware needed for VR. 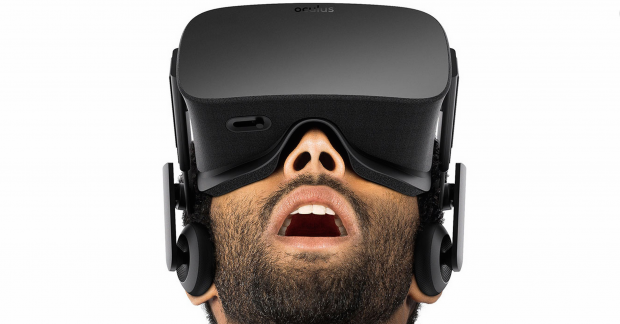 In an attempt to set things straight, Luckey explained some things about the Rift, including the fact that the company isn't making money on the hardware. "To be perfectly clear, we don't make money on the Rift," the VR pioneer bluntly pointed out.. The founder went on to say that the extras bundled with the Rift--Xbox One controller, audio headset, carrying case--didn't impact the cost at all.

So why is it so much? The Rift's internal components, which include custom VR OLED displays with blazing refresh rates--among other high-grade materials--are the main culprits.

"The core technology in the Rift is the main driver - two built-for-VR OLED displays with very high refresh rate and pixel density, a very precise tracking system, mechanical adjustment systems that must be lightweight, durable, and precise, and cutting-edge optics that are more complex to manufacture than many high-end DSLR lenses," Luckey explains.

Still, though, Luckey is convinced that $599 is an extremely fair deal for something as high-tech as the Oculus Rift. "High-end VR is expensive, but Rift is obscenely cheap for what it is", he said.

"It is expensive, but for the $599 you spend, you get a lot more than spending $599 on pretty much any other consumer electronics devices - phones that cost $599 cost a fraction of that to make, same with mid-range TVs that cost $599. There are a lot of mainstream devices in that price-range, so as you have said, our failing was in communication, not just price."

When it comes to the pricing fiasco, the VR founder admits he could have handled things better and apologizes.

"I handled the messaging poorly. Earlier last year, we started officially messaging that the Rift+Recommended spec PC would cost roughly $1500. That was around the time we committed to the path of prioritizing quality over cost, trying to make the best VR headset possible with current technology. Many outlets picked the story up as 'Rift will cost $1500!', which was honestly a good thing - the vast majority of consumers (and even gamers!) don't have a PC anywhere close to the rec. spec, and many people were confused enough to think the Rift was a standalone device. For that vast majority of people, $1500 is the all-in cost of owning Rift. The biggest portion of their cost is the PC, not the Rift itself."

Although many fans have been deterred by the Oculus Rift's price tag, the headset's March 28 batch sold out in minutes. The next batch of consumer-grade Rifts are expected to ship out in June 2016.