Fitness watch market leader Fitbit have unveiled their latest offering at CES, the company's first colour touchscreen fitness watch for the most fashion conscious fitness fanatics. The Fitbit blaze will markets worldwide from March and sit between the Fitbit Charge HR and Fitbit Surge models. Unlike the latter model, Blaze will drop the onboard GPS function, but will feature 'connected GPS'; the ability to leverage GPS from a smartphone via Bluetooth. 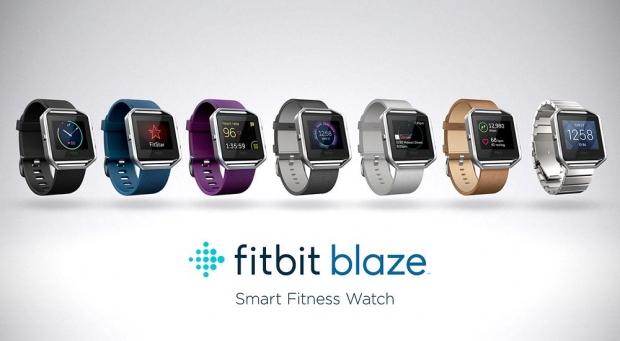 Despite the addition of a colour screen - a first for the company, battery life is still expected to last around 5 days per charge. While the Blaze undoubtedly shares some of the physical characteristics of it's nearest competitor - the Apple Watch, the truth is Fitbit aren't straying too far from their strengths. Blaze is built from the ground up to be a fitness watch first and foremost and users won't be able to load their own apps. Still, you will be able to trick it out with a slew of accessory bands and other extras which will accompany the launch at retail.