CES 2016 - Samsung is staying ahead of the portable SSD game announcing their new T3 SSD, a portable SSD that arrives in capacities all the way up to 2TB.

The new T3 SSD is a little bigger than its predecessor, but it's smaller than most business cards. It's twice as heavy as the T1, weighing in at 1.8 ounces (51g). The extra weight isn't just there as additional heft, Samsung has included a shock-resistant metal case and internal frame, meaning that the new T3 SSD can take up to 1500Gs of force, and a drop from up to six feet.

Samsung adds that it has included an integrated Thermal Guard feature that stops the T3 from overheating in extreme temperatures. The T3 SSD features vertical 3D-NAND (V-NAND) memory, which is found in Samsung's 850 EVO SSD, with the T3 capable of read/write speeds of up to 450MB/sec. 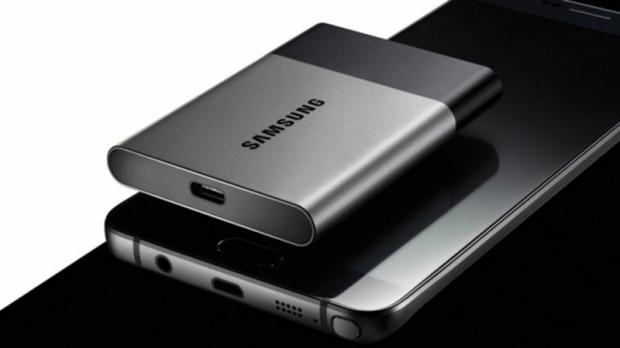 Samsung's new T3 SSD will launch in US, China, Korea and select European markets next month, with other regions to follow. As for pricing, there's nothing noted from Samsung just yet - but the 1TB version of the T1 cost $600 at launch, and other 2TB portable SSDs hover at the $800 or so mark, so we can expect something around the $800-$1000 mark or so.