I still remember playing the absolute crap out of Turok: Dinosaur Hunter when it was released on the Nintendo 64 back in the 90s, but it was when it hit the PC that I was excited - as I could drive up the resolution far higher than the N64 could crank out at the time.

Well, Night Dive Studios - who has been in the headlines quite a few times now, namely with System Shock 3 under development - is behind Turok: Dinosaur Hunter remaster. Turok Remastered will include improved textures, effects, and much more. The draw distance has been greatly improved, as Turok was infamous for its use of fog to hide the horrible draw distances back in the day. This isn't a problem anymore, thanks to the greatly improved graphical horsepower of today's hardware. 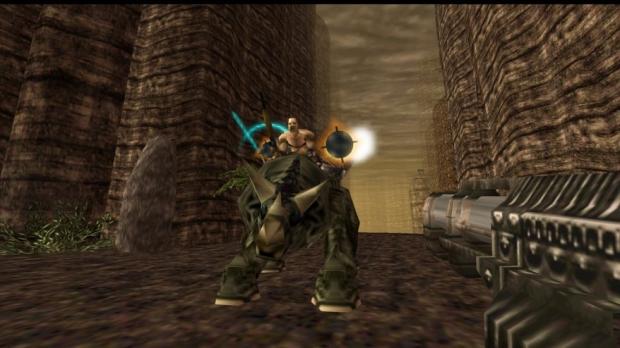