Expectations were high for the first 'Mad Max' film in 20 years, but who would have thought that 'Fury Road' would end up being the darling of film critics? While the film enjoys a stellar 97% rating on Rotten Tomatoes, the real surprise is that the film has taken out the 2015 Best Film award from the prestigious National Board of Review. 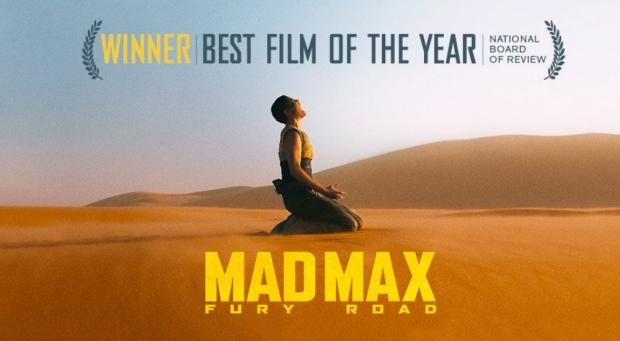 According to Vanity Fair, the award board known for favouring stuffy critic-bait in the past have embraced blockbusters in 2015, also awarding Ridley Scott with Best Director for 'The Martian' and Best Screenplay to Quentin Tarantino for the upcoming 'The Hateful Eight'.