Days after we reported that 21-year veteran to AMD left for the warm arms of NVIDIA, AMD reports its third quarter financials. The chipmaker reported revenues of $1.06 billion ending September 30, much lower than the $1.43 billion from last year. 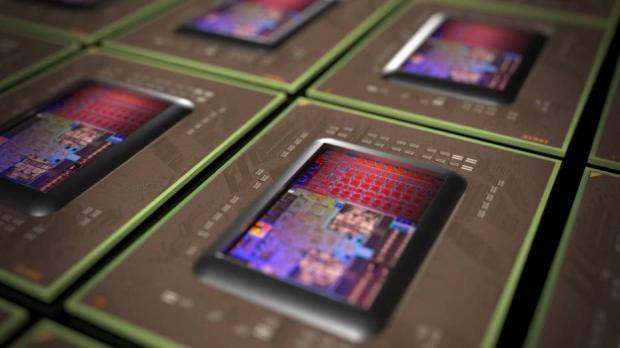 AMD's net loss was $136 million, or 17 cents per share, compared to last year where they made a profit of $41 million or 5 cents per share. AMD said that it had a write-down of $65 million for inventory of its older APUs, which saw the company take an 8 cent a share charge. AMD's higher semi-custom chips, such as the APUs powering the Xbox One and PS4, are doing well, but GPU sales are down from last year - even in the wake of the new Radeon R9 390X and new HBM-powered cards in the R9 Nano, R9 Fury and R9 Fury X.

The company has also announced a new agreement with Nantong Fujitsu Microelectronics (NFME) to create an Assembly, Test, Mark and Pack (ATMP) joint venture, with NFME handing over a cool $436 million to secure itself an 85% chunk in the new partnership. NFME will hand over $ 371 million in cash, with the deal closing in the first half of next year. What about the last quarter of 2015?

AMD expects revenues to fall 10% sequentially from Q3 to Q4 thanks to a seasonal decline in its custom APUs, while its computing and GPU segment revenue expecting to increase. The company expects cash to stay at around $750 million.